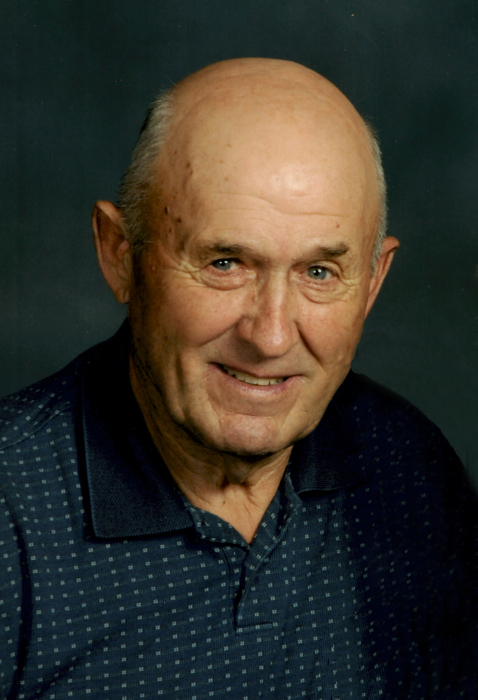 Marlin Berneking was born on September 13, 1930 at home in Walls Township, Traverse County, MN to Paul and Helena (Zimmerman) Berneking.  He was baptized into the Lutheran faith and was confirmed at St. John’s Lutheran Church in Dumont, MN.  He attended country school through the 8th grade in rural Traverse County.

Marlin farmed in the early years of his life on the family farm and started selling seed corn in 1953 for Funk’s Seed Corn.

In 1970, Marlin moved his family to the farm located near Holmes City, MN where they farmed and raised sheep.  He was the manager of the fertilizer division of the Farmer’s Coop Elevator in Garfield, MN until 1976.  He then went to work for Viking Fertilizer in Alexandria.

Marlin started a new venture with his son, Ronald milking cows.  Selling seed corn continued with Interstate/Garst Seed.  Selling was a true passion for him.  He formed many great relationships with area famers.  He did so well selling seed corn, that he was awarded many trips over the years to places all over the United States including, the Grand Canyon, Caymen Islands, a cruise from Florida and California to name a few.  Marlin also sold preservative for alfalfa for the PDQ Company.

In the winter months, Marlin enjoyed spearfishing.  In the summer and fall, when he wasn’t busy selling seed corn, he enjoyed checking on area fields and driving around just to look at how the crops were doing.  Spring was spent delivering the corn he had sold.

In 2008, Marlin and his wife, Arletta, moved to their condo on Temple Street in Alexandria.  They enjoyed living in town and discovered music on the courthouse lawn every Thursday evening provided by area musicians.  They also enjoyed putting together jigsaw puzzles, playing Yahtzee, and Marlin’s favorite, Sequence.

Marlin’s health started to fail in June of this year.  He spent many days in the hospital prompting a move back to Edgewood for Arletta.  Marlin was able to enjoy a little more time back at Edgewood before he again needed to be hospitalized and eventually was admitted to Knute Nelson where he passed away on August 31, 2019.

To order memorial trees or send flowers to the family in memory of Marlin Berneking, please visit our flower store.
Open