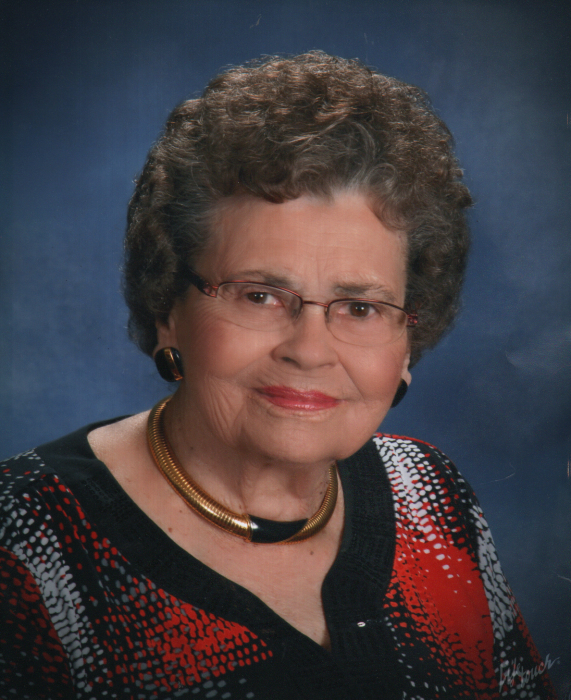 Marjorie (Marge) Ann Fischer was born on April 12, 1932, daughter of Fred and Edna (Boelter) Fischer in Milaca, MN.  Marge grew up in Isanti, MN, attended school in Cambridge, MN and graduated from Cambridge High School in 1950.

After graduation, Marge moved to Minneapolis and worked at Janny Simple Hill as a secretary doing typing, billing, and other administrative functions.

On May 26, 1951, Marge married Ed Thompson at the North Branch Lutheran Church.  The couple lived in Minneapolis for two years before making their home in Crystal, MN where they raised three sons.  In addition to being a homemaker and mom, Marge worked various jobs at Snyder’s drug store and the Sweden House.

In 1975, Marge and Ed relocated to Alexandria, MN with their youngest son, Steve.  Marge worked at Beltone Hearing Aids while continuing to be a mother and homemaker.  In the winter of 1984, Marge and Ed travelled to Arizona and fell in love with the Phoenix area and the desert.  For the next 10 years they would continue to travel to Phoenix in the winter, and then upon retiring in 1994, they would spend the entire winter there for another 10 years until Ed’s death in 2004.  Marge continued to keep her Arizona home, traveling there in the winter, and traveling to her children’s homes in Ohio, New Jersey and New York and then spending the balance of her time back home in Alexandria, MN.

Marge died on September 25, 2019, at the age of 87 years, 5 months and 13 days.  She is survived by her children, Craig Thompson of Minneapolis, MN, Kevin Thompson of New York City, NY, and Steve (Carrie) Thompson of Dublin, OH;  six grandchildren, Caleb (Debbie), Jared (Kerri), Alexandra, Nick, Evan and Ella; and one great grandchild child, Eva.  Marge was preceded in death by her husband, Ed Thompson; her parents, Fred and Edna Fischer; brothers, Harold Fischer and Ralph Fischer; and sister, LaVerne Lamp.

To order memorial trees or send flowers to the family in memory of Marjorie "Marge" Thompson, please visit our flower store.
Open