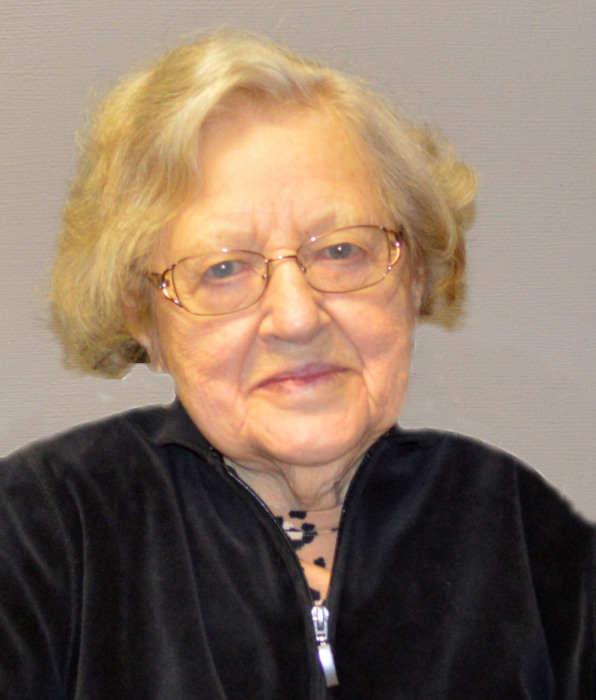 Marian Rose (Mrnak) Kalina was born on April 30, 1928 in Alexandria, MN, daughter of Frank and Julia (Simek) Mrnak. She was one of four children and was raised on the family farm in the Lake Mary Township where she attended District 19 Country School.

Marian was united in marriage to Leonard L. Kalina on November 6, 1951 at St. John Nepomuk Catholic Church near Lake Reno. Together they raised their four beloved children; Judith, Michael, Timothy, and Susan. Leonard and Marian farmed together for many years. In 1979, they moved off the farm and made their home on 20 acres. Marian went to work at Braun’s Bakery in Alexandria for ten years. Following, she spent her days caring for two of their granddaughters. After Leonard’s death in 1998, Marian cared for her mother-in-law, Frances Kalina, at her home for three years. Marian moved to Winona Shores Apartments in 2008, and later to Bethany on the Lake in March 2019.

Marian had a heart to serve others and always made everyone that knew her feel special. She adored her family and was very proud of her granddaughters and her collection of great-grandchildren. She had many talents including sewing, quilting, along with cooking and baking. Her specialties included her delicious kolaches, famous taco dip, and homemade playdough for the kids. She enjoyed playing cards, especially Skip-bo, and always seemed to pick the “lucky card” when playing Bingo. Marian loved an occasional trip to the casino and scratching lottery tickets. Fishing was also a favorite pastime. Conversation was easy for Marian. She loved visiting with family and friends and never ran out of things to talk about.

At 91 years of age, the Lord called Marian to her eternal home in Heaven on February 8, 2020 surrounded by her loving family at Bethany on the Lake. Marian is preceded in death by her devoted husband; Leonard L. Kalina; parents, Frank and Julia Mrnak; brother, Henry Mrnak; sister, Irene (Leonard R.) Kalina, and several unborn great-grandchildren.

A Mass of Christian Burial will be held on Thursday, February 13th, 2020 at 10:30 AM at St. John Nepomuk Catholic Church in rural Lowry. Visitation will be on Wednesday, February 12th, 2020 from 5:00-7:00 PM at the Anderson Funeral Home and continue from 9:30-10:30 AM on Thursday at the church. Interment to follow in Independent Bohemian Cemetery. In lieu of flowers, memorials to Hospice of Douglas County are preferred.

To order memorial trees or send flowers to the family in memory of Marian Kalina, please visit our flower store.
Open