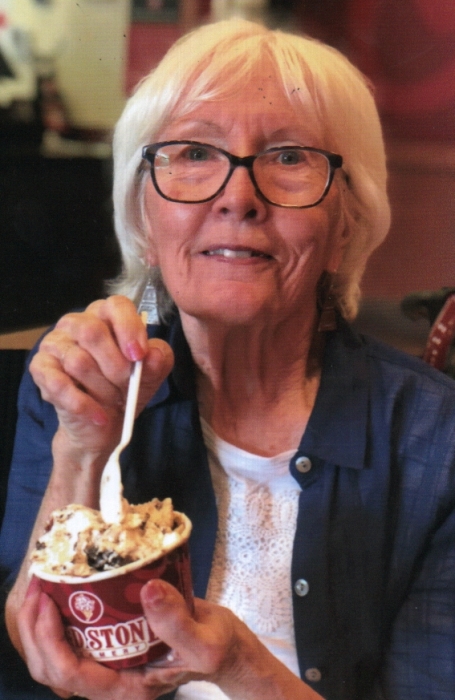 Margaret Esther Movold was born on January 22, 1944 in Tacoma, Washington to Phillip and Esther (Haugo) Seeger.  She and her twin brother Richard “Richie” were born several months before their father left for Europe to serve in WWII.  Margaret graduated from Moorhead High School in 1961 and from Concordia College in 1965.  In 1965 she accepted a business education teaching position at Jefferson High School in Alexandria, MN.  The new teachers’ pictures were put in the newspaper that year and it was there that she caught the eye of Mark Movold.  Mark & Margaret were married one year later on August 13, 1966.

Margaret was baptized and confirmed into the Lutheran faith.  She taught Sunday School and Release-time and was a long-time member of First Lutheran Church in Alexandria.

Mark & Margaret’s son Erik was born in October of 1969 and daughter Megan was born in 1973.  Margaret always said her family was “the happiest part of my life.”  She loved being a wife and mother. She loved to cook and bake and was an avid Bridge player.  She also enjoyed her part-time job at the Scandinavian Gift Shop in Alexandria, where she loved to talk to the customers about her trips to the Scandinavian countries.  Margaret was also an excellent rosemaller and needlepointer.  She gave the gifts of her handiwork to family and friends, who treasure her beautiful work.

Margaret was preceded in death by her father in 1944, her brother Richard in 1971, husband Mark in 1994, Son Erik in 1995, her mother Esther in 2004, and daughter Megan in 2016.  Margaret also had a special friend, Jim Whitney, whom she met while living at Jones Harrison Assisted Living in Minneapolis.  Jim passed away in August of 2018.

Margaret had more loyal friends than most people and she loved each and every one them and her family dearly.  To say that we will all miss her terribly is an understatement.  One of her favorite hymns was “Great is Thy Faithfulness” and that is how we will all remember Margaret, her faithfulness to her Lord was undying, her spirit never broken and her sense of humor intact, even through the kind of loss and suffering that most will never know.  She is Home!

All memorials should be directed to: Hospice of Douglas County, 725 Elm St #1200 Alexandria, MN 56308 hospicedouglascounty.org

Memorial service will be held on Monday, May 13, 2019, 11:00 a.m. at First Lutheran Church in Alexandria with visitation one hour prior at church.  Burial will be at Kinkead Cemetery.  Arrangements are with the Anderson Funeral Home. www.andersonfuneral.net

To order memorial trees or send flowers to the family in memory of Margaret Movold, please visit our flower store.
Open