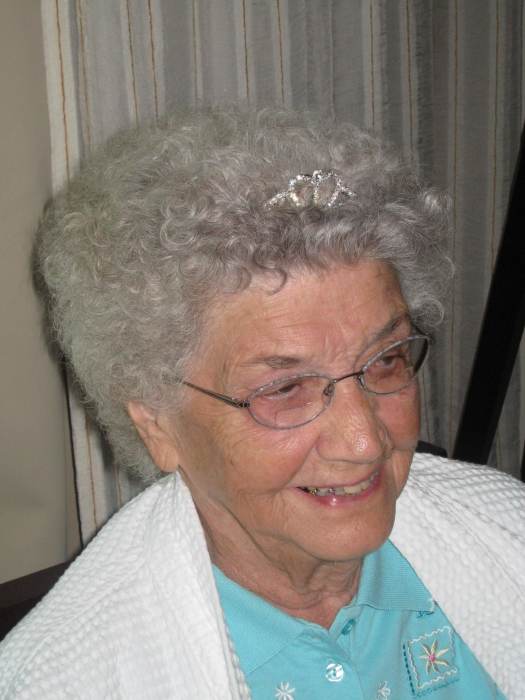 Margaret Evelyn was born on June 3, 1923, in Nelson, Minnesota, the daughter of Peter and Jennie (Peterson) Johnson.  She attended Liberty Country School in rural Nelson and graduated from Alexandria High School in 1941.

Margaret met George Anderson while working at a grocery store in Alexandria, and the rest is history – the couple was married during a blizzard on November 22, 1950.  To this union four children were born.  In 1946, George and his brother, Paul, purchased the farm which became Darling Ranch Resort, now Arrowwood.  In addition to raising four children, Margaret took care of a lot of the details of the daily operation of the resort, managing check-in and check-out of guests, cooking for guests and later managing the on-site restaurant/grill, and making sure the cabins were cleaned to welcome the weekly vacationers.  Living at Darling Ranch was a time when fond memories were created and countless lifelong friendships were established for the entire Anderson family.

Margaret loved her church, her community, her family and friends. Mission work was an important part of George and Margaret’s life. The whole family spent time in Sabah, Malaysia in the late 1960’s and the couple served with Wycliffe Bible Translators in Papua, New Guinea in the early 1980’s.  Margaret was also very involved in her church and was a devoted volunteer at Bethany Home for over 50 years.  She was an amazing cook and loved to entertain - dinners at the Anderson home would often last two to three hours.

She was preceded in death by her beloved husband, George, five sisters and one brother.

Memorial service will be held on Friday, November 8, 2019, 11:00 a.m. at Calvary Lutheran Church in Alexandria with visitation one hour prior at the church.  Arrangements are with the Anderson Funeral Home.  www.andersonfuneral.net

Memorials are preferred to Wycliff or Calvary Quilting Ladies.

To order memorial trees or send flowers to the family in memory of Margaret Anderson, please visit our flower store.
Open