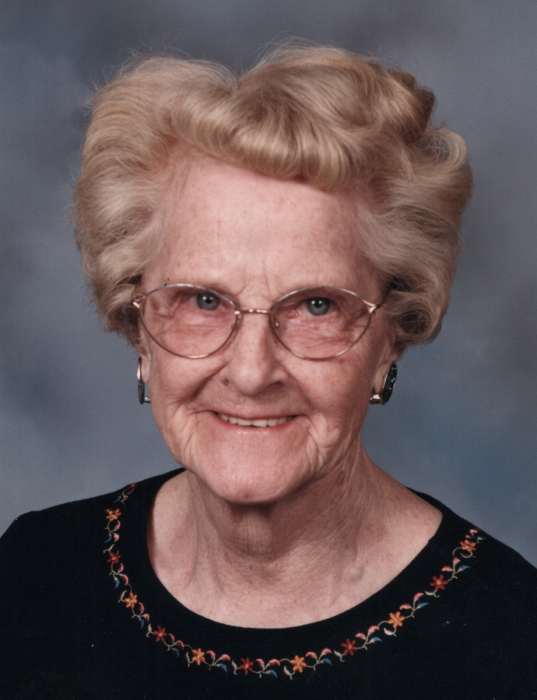 Marcella Bernice (Olson) Dilly, daughter of Isaac and Bertha (Halvorson) Olson was born on October 29, 1920 in their family home near Barrett, MN.  She was the eighth of nine children and the last surviving sibling.  Both of her parents emigrated from Norway. She was baptized and confirmed in the Lutheran faith at Lien Lutheran Church near Barrett, MN.   As a young girl Marcy enjoyed music and learned to play her brother Clarence's guitar.  She and a friend would sing at church and family gatherings singing hymns and favorite songs like “My Old Kentucky Home”.

When Marcy was 18 she moved to Minneapolis and lived with her married sister and family, Edna, Bill and Sandy Simcox, where she worked at Munsingwear operating a machine that made yarn. Years later at a dance she met Vince Dilly, an insurance agent, from Norcross, MN.  They both knew they would spend the rest of their lives  together as husband and wife.  Vince enlisted in the Air Force and served as a navigator during WW ll.  Upon his return home after the war, they were stationed in various locations including San Juan, Puerto Rico where Marcy worked as a hair stylist.  While living in Puerto, Rico Marcy had a near drowning experience but survived with Vince's keen eyes and assistance.  Upon returning to the states she took swimming lessons. Raising four children while living in military life provided some challenging and memorable moments for Marcy.  On occasions she had to organize their moves as Vince was sent ahead to his next assignment.

Marcy managed the household while raising their children.  She made wonderful meals, sewed clothes, was a Cub Scout den leader for Dave and Steve, raised a garden, grew flowers and baked thousands of cookies, sometimes burning a few.  She had a precious gift of being able to laugh at herself and loved to tell jokes. She was a friend to many and loved by all.   Her favorite holiday was Christmas when she would dress up as a “90 pound” Santa Claus for her friends, neighbors, grandchildren and great-grandchildren.  This will be greatly missed. Marcy was an Eastern Star member, serving in the positions of Esther and as Chaplain.

In her later years  she moved to Grand Arbor in Alexandria, MN. In her first years of living there she wanted to help her children preserve their Scandinavian heritage by teaching them how to make potato klub, a staple in her younger years.

Marcy loved her Lord throughout her life and went home to be with her Savior on August 29, 2019 at Grand Arbor in Alexandria, Minnesota. She lived to reach the age of 98.

Marcy’s family would like to extend a HUGE thank you to the staff at Grand Arbor and Knute Nelson Hospice for all the loving care and attention they gave her during her time there.

Blessed be the memory of Marcella (Marcy) Dilly.

A Funeral Service will be held 11:00 AM on Saturday, September 7, 2019, at the First Lutheran Church (1655 18th Ave E) in Alexandria.  Visitation will be held for one hour prior to the service on Saturday.  Interment will take place at Lakeside Cemetery in Herman at 2:15 PM.

In lieu of flowers memorials are preferred to Knute Nelson Hospice.

To order memorial trees or send flowers to the family in memory of Marcella Dilly, please visit our flower store.
Open