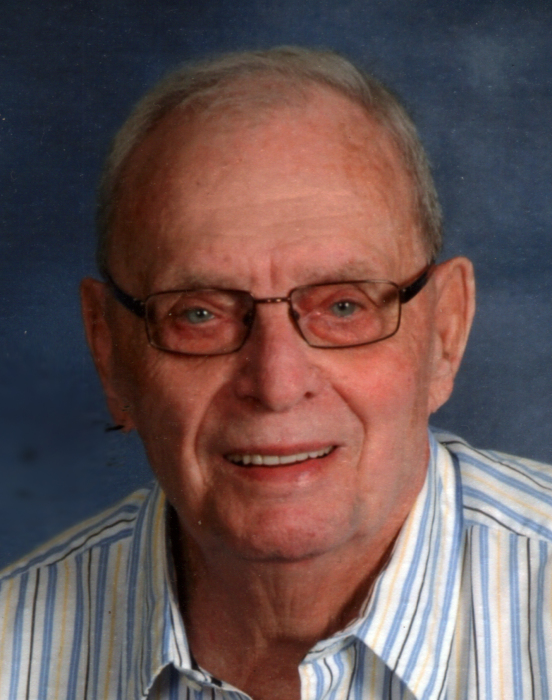 Lloyd Kenneth Lindsey was born February 27, 1928 in Alexandria, MN, the son of George and Lillian (Nelson) Lindsey. He began life as a pre-mature baby, sleeping in a Buster Brown shoebox, and took the nickname, Buster. He grew up in Alexandria where he attended school. Following his schooling, Buster joined the United States Navy. He served in the Pacific Fleet during World War II aboard the USS Ticonderoga. Following his discharge from the Navy after the war, he returned to Minnesota.

On February 6, 1949, Buster was united in marriage to Gayle Olson and the couple made their home in Alexandria. They were blessed with five children. Buster worked as a truck driver. Over a forty-year career, he drove truck for many different local trucking companies and businesses. At the beginning of 1990, his wife, Gayle, died.

In August of 1990, Buster was married to Mary McCormick. The couple made their home in Garfield, MN. After retiring from trucking, Buster took a job with Douglas Machine in their maintenance department. Buster always took pride in his work; he was very proud of how neat and clean he kept the facilities at Douglas Machine. In the mid 1990’s Buster and Mary moved back to Alexandria.

Buster was proud to be a union driver and was a longtime member of the Veterans of Foreign Wars.

Buster enjoyed the outdoors and sports. He was involved in his son’s baseball games and loved playing ball with them. He was an avid Twins fan and could often be heard yelling at the television. Buster enjoyed golfing and going hunting. He liked hunting deer, pheasant and grouse; he also had the opportunity to hunt antelope in Montana. Buster liked to spend time tinkering and fixing small things.

Time with his family was very important to Buster. He loved watching his grandkids in sporting activities. Family gatherings were special to him. He was very proud of his children. He was proud that all four of his sons followed his example and served their country, in the armed services, during the Vietnam era. Buster’s grandchildren and great grandchildren were very close to him and he loved them dearly.

A funeral service will be held 11 AM, Monday, October 7, 2019 at Oscar Lake Lutheran Church near Farwell, MN. Pastor Julie Carlson will officiate. Interment will follow in the Kinkead Cemetery in Alexandria. Visitation will be from 4 to 7 PM Sunday with a prayer service beginning at 6:30 PM at the Anderson Funeral Home in Alexandria. Additional visitation will be one hour prior to the service at church. Arrangements are with the Anderson Funeral Home and Crematory.

To order memorial trees or send flowers to the family in memory of Lloyd Lindsey, please visit our flower store.
Open