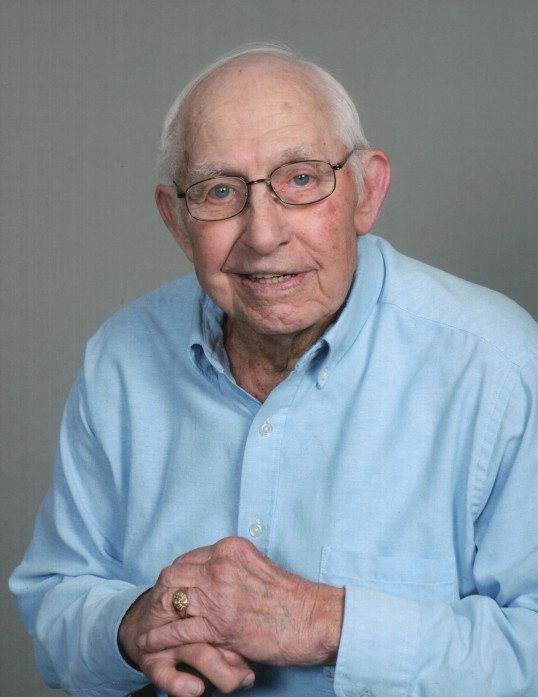 Lester Henry Bettermann was born February 11, 1932, on the family farm in Brandon Township, Douglas County, Minnesota to Henry and Irene (Ziegelman) Bettermann.  Lester was baptized and confirmed at St. John’s Lutheran Church in Garfield.  He graduated from Central High School in Alexandria in 1950.  Lester helped his father farm, until he joined the United States Army in August of 1954, serving during the Korean War.  He served until May of 1956 when he was honorably discharged.  Lester returned back to the farm to continue farming with his father and brothers.  In 1973, Lester took over the farm from his father.

Lester met Wanda Larson at the Algon Ballroom and the two were married in 1973.  The couple made their home on the family farm near Garfield where they farmed together until September of 2016, when they moved to Grand Arbor.

Lester was a jack of all trades, fixing all his own equipment.  He had a good sense of humor and loved to tell jokes.  Lester enjoyed breakfast with his friends on Fridays, pontoon rides, blueberries, and a good slice of pie.  He especially loved Sundays spent with Michele and her family having afternoon pie with his great-granddaughter, Emily.  Lester was very involved with being on boards for Holmes City Mutual Insurance, Garfield Elevator, and St John’s Lutheran Church.  He was very active in his church and most important to Lester was his faith and his family.

A Funeral Service will be held 11:00 AM on Friday, February 26, 2021, at St. John’s Lutheran Church in Garfield.  Visitation will be held from 4-7 PM on Thursday, February 25, 2021, at the Anderson Funeral Home  and 1 hour prior to the service at the church.  Military Honors were provided by the Alexandria Veterans Honor Guard and the Minnesota National Honor Guard.  A live stream and recording of the service will be available 11:00 AM on Friday, February 26, 2021, on the funeral home website.  To protect the safety of all, CDC guidelines of social distancing and wearing of masks will be required.

To order memorial trees or send flowers to the family in memory of Lester Bettermann, please visit our flower store.
Open