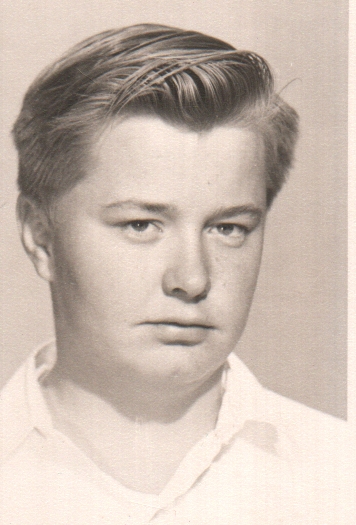 Leonard “Lenny” Hugh Mortenson was born on February 19, 1938 to Edward and Beatrice Gwendolyn (Smerdon) Mortenson. Lenny spent a colorful childhood in both Minneapolis and San Diego, CA before attending Minnetonka High School. He eventually went back to school to complete his GED, and ended up teaching the class himself. On February 6, 1960 he married Maricarol Burt in a quiet ceremony at the Minneapolis courthouse. Lenny and Maricarol were blessed with two daughters, Deanne and Jodi, who kept his life interesting, crazy, and anything but quiet. Lenny was devoted to providing for his family and worked at a variety of jobs throughout his life, including at Telelect for 21 years before starting a construction business with his brothers Clive and Dick, and his “Uncle Bob” Smerdon who was required to keep the family peace in the business for ten years. He spent 20 years at Waconia Manufacturing, showing his true Norwegian stubbornness by never missing a day of work even for radiation treatments, which he would fit in on his lunch breaks. Lenny was known to be a hardy, generous soul that would do anything for anyone. His dry, infectious sense of humor was unmatched and passed on to his daughter, Jodi, who took pleasure in buying him a sledgehammer to smash his alarm clock with to celebrate retirement. He left a mark on everyone who met him, including a surgeon who told his family Lenny had surely humbled him and was the most selfless person he had met. Lenny took great pride in telling people that God puts erasers on pencils because everyone makes mistakes. He was adored by his nurses, who loved Lenny and referred to him by all the affectionate nicknames given to him by his family.

On Saturday, February 9, 2019 at the age of 80 and surrounded by his family, Lenny joined his parents and siblings in heaven. He is preceded in death by his parents, Ed and Gwen; brothers, Edward Clive Mortenson and Richard Dale Mortenson; sister, Janet Elizabeth (Albert) Redmann, and beloved Uncle Bob Smerdon; Nephew, Steven Mortenson.

A visitation will be held on Thursday, February 14, 2019 from 12-2:30 PM at the Anderson Funeral Home, followed by a sharing of memories from 2:30-3 PM. A gathering of family and friends will occur at Herby’s Bar Grill & Café in Carlos immediately following the service.

To order memorial trees or send flowers to the family in memory of Leonard Mortenson, please visit our flower store.
Open

Gathering of Family and Friends