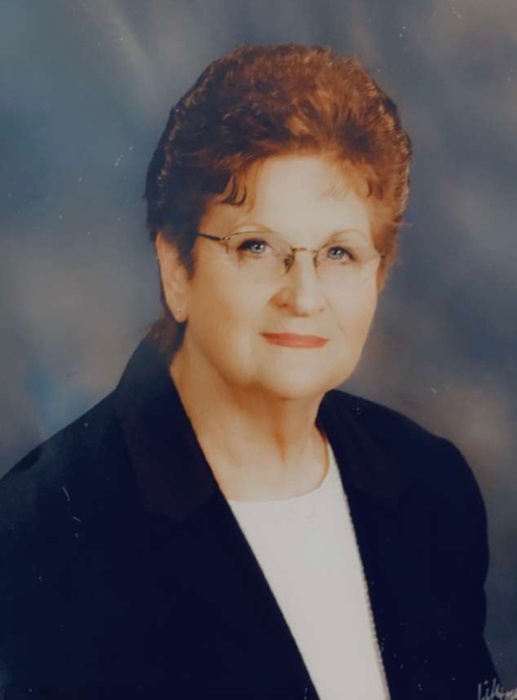 Eleatrice Louretta (Peffer) Thorpe was born in Sauk Centre, MN on April 21, 1934 to Leo and Susan (Haiden) Peffer. She was baptized and confirmed in the Catholic faith. She attended parochial grade school and later graduated from Brandon High School in 1952. After losing her Mother at the age of 18 following her schooling, Lea worked as a waitress at the Traveler’s Inn and then at the train depot in Fergus Falls. She moved down to the cities when she was offered the opportunity to be a nanny. After moving back home to care for her Father in Millerville, Lea met George Thorpe, the love of her life at a Wednesday night dance in Urbank. The two were united in marriage on April 14, 1955 in Fergus Falls. The couple moved to Parkers Prairie where they started their family.  In the early 1960s the couple moved into Lea’s childhood home in Millerville where she raised her children until her youngest started school.

She obtained her driver’s license, so she could drive herself to Chet’s Lakeside Inn where she worked until she retired.  Her work was her second home and she had a great love for all her co-workers.

George, her husband, passed away July 26, 1997 after a long battle with cancer.  Lea was very fortunate for her faith, family, and close friends always surrounding her with love constantly. Her love of family was so important to her.

Lea was a very active life-long member at Our Lady of Seven Dolors Catholic Church. She was a member of the Christian Mothers, the church prayer circle, and the funeral committee. Lea was  a dedicated member of the Ladies Auxiliary.  Lea was a wonderful cook. Her children and their friends always looked forward to her amazing caramel rolls and fresh breads after school!  She also enjoyed gardening, canning, playing cards, sewing, and expressing her artistic abilities, especially with her beautiful children, grandchildren and great-grandchildren.

She was able to live at home in Millerville until she moved to her new “home” at Edgewood Vista in 2017.  Her time spent at Edgewood was truly remarkable surrounded by loving staff members, devoted caregivers and the Comfort Care from Hospice.

Lea passed away on Friday, November 13, 2020, at the age of 86 at Edgewood Vista in Alexandria with children by her side. She is survived by her children: Carol (Rick) Maxwell, Bonnie (Steve) Nordlund, Terry (Steve Beheng) Gaarsland, Gary (Debbie) Thorpe, Mary Kay (Randy) Feeks. Numerous Grandchildren, Great-Grandchildren, nieces and nephews. She is preceded in death by her husband: George, her Granddaughter: Tonya Gaarsland, her son in-law: Tim Gaarsland,  her parents: Leo & Susan Peffer,  2 brothers: Leo and Clair Peffer and her sister: Ruth Schecker.

Mass of Christian Burial will be held on Friday, November 20, 2020 at 11 a.m. at Our Lady of Seven Dolors in Millerville. Visitation will be on Thursday, November 19, 2020 from 4-7 PM at the Anderson Funeral Home and one hour prior to the service at the church on Friday. Burial will be at Parkers Prairie Cemetery.

To order memorial trees or send flowers to the family in memory of Leatrice Thorpe, please visit our flower store.
Open

Our Lady of Seven Dolors, Millerville