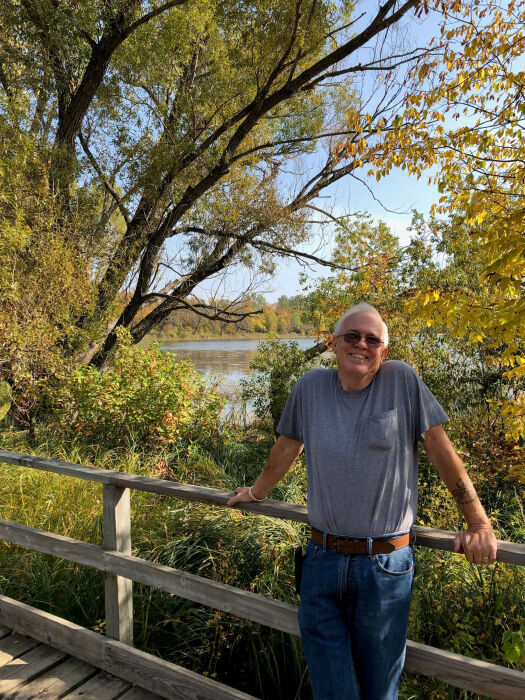 Kevin Richmond Sr, 66, of Alexandria MN passed away on October 12th, 2022 after a five year battle with cancer.

Kevin was born on June 20th, 1956 to David and Janet (Hoffman) Richmond in Des Moines, IA and was raised in Citrus Heights, CA. Kevin then enlisted in the United States Marine Corps where he met the love of his life, Jane (Henshaw) Richmond. The two were married January 13th, 1979 in Citrus Heights CA. Kevin and Jane had three children that they raised in Park Rapids, MN. Kevin had many construction jobs after leaving the military. He also went on to apprenticeship schooling and became a sheet metal journeyman. After all the kids graduated, Kevin and Jane sold their house and became full-time RV’ers. Kevin enjoyed traveling, horseshoes, darts, and Nascar. Kevin never let his cancer stop him from always living life to the fullest. His pride and joy, though, were his three children, six grandchildren, and his grandpuppy Jack.

Kevin was preceded in death by his parents David Richmond and Janet Richmond; and brother Donny (Sheryl) Jakaboski.

A Mass of Christian Burial will be held on Friday October 21st, 2022 at 11’oclock at St Mary’s Catholic Church in Alexandria MN with visitation one hour prior at the church.