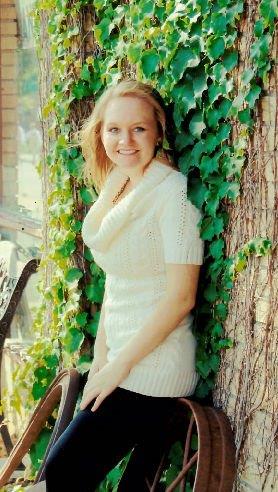 Kayla worked at a couple of restaurants before being blessed with her two children: Jaxson and Jazmynn and being able to care for them at home.

Kayla loved to keep herself busy by competing in fishing tournaments with her mom and grandpa, going on family vacations to different states, and spending time outside at her favorite lakes, beaches, and parks. She also had a passion for Taekwondo, which she had earned her red stripe and was only one rank away from black belt. Kayla was also able to place 3rd in three of her competitions.

Kayla had such a bright smile and could light up the room, she will be deeply missed by her children: Jaxson and Jazmynn Gwinn; mother: Heidi Scott; siblings: Austin, David, and Gabriella Scott; grandparents: Gregory and Barbara Scott; nephew: Spencer Scott; aunts and uncles: Milo and Amy Scott; great-aunts and uncles: Randy and Teresa Scott, Lowell and Joanne Werk, and Lynette Miller; and cousins: Tyler Scott and Kendra Scott.

Kayla is preceded in death by her great-grandparents: Arnold and Ardeen Wollin and Robert and Alice Scott; great- aunts and uncles: Brent and Arlyce Scott, Roger and Alyce Scott, Al Scott, and Bruce Wollin.

A Funeral Service will be held on Wednesday, August 24, 2022, at 11 AM at the Anderson Funeral Home Chapel. A visitation will take place one hour prior to the service on Wednesday. Interment will be in Zunker Cemetery.

To order memorial trees or send flowers to the family in memory of Kayla Scott, please visit our flower store.
Open