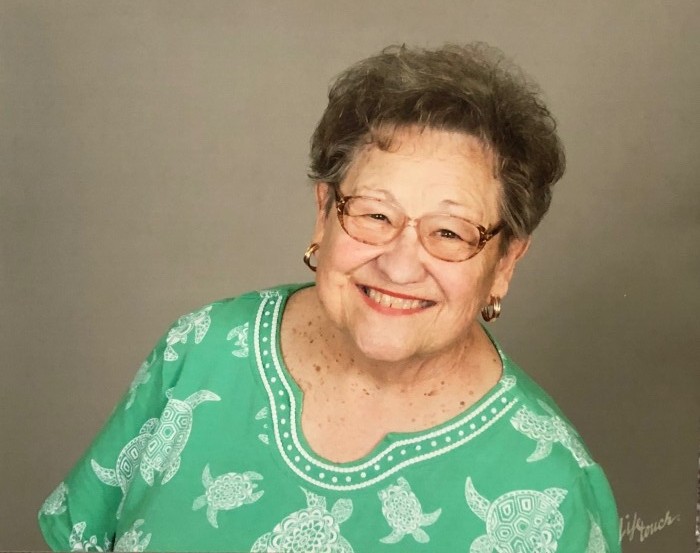 On May 20, 1975 her son, Kenneth John Rhodes, was born to her and her husband, Jeff Rhodes, in Dallas, Texas. The couple made their home in Carrollton, Texas, a northern suburb of Dallas. For many years, her sister, Jeanie Anderson, also lived with the family. Kay worked for Dallas Mental Health and Mental Retardation as a beloved social worker helping others. After almost twenty years in the field, she went back to school to obtain her teaching certificate so that she could be home with her son in the summers. Kay taught elementary school for several years at Camey Elementary in the Colony, Texas until her son reached high school but felt her true calling was helping counsel those in need. She ultimately returned to the field as a counselor with the Easterseals in Dallas around 1990.

Kay was a Christian of devout faith and was one of the early members of St. Paul Lutheran Church in Farmers Branch in the 1970’s where she and her family attended services weekly throughout the 1980’s and 1990’s. She took very seriously not only living out her faith but teaching it as a Sunday School educator to the youth and to her son who she saw confirmed into the church as a teen. Kay gave generously of her time to the community frequently devoting much of her Sunday afternoons after church to visit the elderly in their homes who were no longer able to attend services. She was a wonderful communicator with a gift for gab. Kay never met a stranger as they say. She was often the last one to leave church on Sundays after making the rounds with her dear friends and church community. She was incredibly compassionate, generous, loving, and capable of feeling empathy for others which was always on display both personally and in her vocation.

She was an avid reader and loved to watch old movies. Kay also enjoyed music and singing which led her to many years of service in the church choir. Though she enjoyed the music of many artists of her generation, her far and away favorite was Perry Como. She never missed a sporting event of her son, loyally attending years of baseball and cheering loudly from the bleachers. Kay and her family enjoyed annual summer trips to her beloved East Battle Lake, MN, where she had spent much so much vacation time at the family’s summer cabin on the lake. Playing board games and enjoying pontoon rides with the fellowship and laughter of family and friends were always on the agenda, frequently with homemade desserts or the occasional trip into town for a Dairy Queen blizzard. She cherished these moments.

In retirement, Kay moved to Alexandria, MN to be near her beloved sister and brother-in-law, Bj and Elmer Neumann, residents of Henning, MN. She lived in Bethel apartments for many years before moving to Nelson Gables Assisted Living several years ago. In many respects, she continued her vocation in retirement leading the social efforts and bringing smiles and energy to her new community. She created wonderful relationships and had a large friend group which she adored. She remained devoted to God’s plan for her to be a friend and listener to those in need with an abundance of optimism and joy to share.

Kay looked forward to the annual vacation visits of her son and his family. She had two granddaughters, Madalyn and Alexandra, she fawned over and showered with hugs. Kay always had a camera at the ready and insisted the moments be captured in high volume which led to endless scrapbooks and indelible memories. To them, she passed on her love of board games, fellowship, and time together spent at the lake.

Kay passed away on Wednesday, April 22, 2020 at Nelson Gables Assisted Living at the age of 78. She is survived by her son, Kenneth (Brooke) Rhodes; grandchildren, Madalyn and Alexandra; sister, Bj (Elmer) Neumann; and nephew, Greg Neumann. Kay is preceded in death by her parents, her sister, Jeanie Anderson, and her husband, Jeff Rhodes.

A memorial service will be held at a later date. More specific details are pending COVID-19 restrictions.

To order memorial trees or send flowers to the family in memory of Kay Rhodes, please visit our flower store.