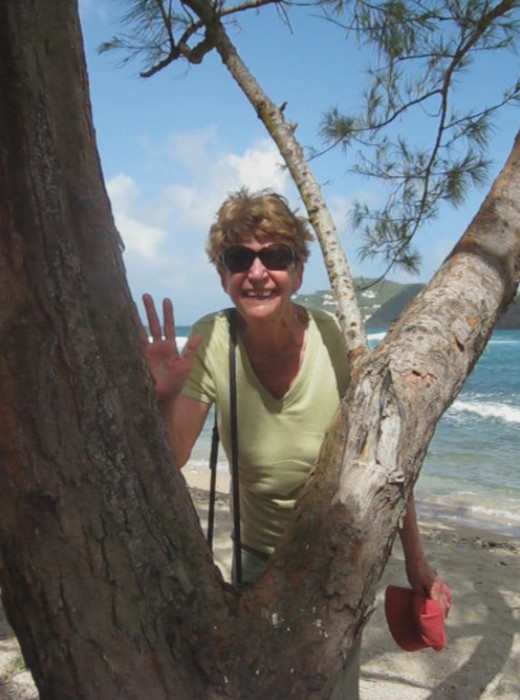 Rest in peace Kay Olson, who read the obituaries and listened to the funeral announcements every day. Kay Darlene (Grayson) Olson passed away peacefully in Alexandria, MN on Thursday, March 12th, from a brain aneurysm. She was 79 years old.

Kay was born in Erdahl Township on January 4th, 1941 to (Robert) Dale and Engeline Ida (Wiebel) Grayson. She later was joined by 2 wonderful brothers: Daryle Lloyd Grayson (1944) and Allen Dale Grayson (1947). Kay attended country school through 4th grade, then Barrett school, graduating salutatorian in 1959. She was very active in school and 4H.

Kay received her Education Degree from St. Cloud State then taught in Minnetonka and at Lincoln Elementary in Alexandria. She took a few years off to have children and spend important formative time with Ang and Shawn while they were young. Kay then became a Head Start teacher for about 25 years. She also worked at the Douglas County Hospital switchboard for 20 years before retiring in 2010. Kay lived on Elm Street near the post office.

Kay always thought of others and put them first. She never said a bad word about anyone and tried to live by example as a generous, kind, thoughtful human being. She liked to travel, starting with a wild trip through Europe in the 1960's, taking Caribbean cruises, visiting friends and relatives in Phoenix, LA, Miami, Hawaii, Nevada, and her annual x-roommates reunion wherever it was. Kay was active in the United Congregational Church in Alex and with many social groups, including former teachers, hospital workers, the DFL Party, and her GOST group. When relaxing at home Kay was a terrific cribbage player, liked to watch the news, and enjoyed computer solitaire. She loved The Sound Of Music, donated to TPT Public TV, and would go to sleep to classical music.

Kay is survived by her daughter Angela (Ang) Elaine Olson, son Shawn Allen Olson; brothers, Daryle Lloyd Grayson and Allen Dale Grayson; many loved nieces and nephews and all of their children; a black cat named Coal, and cousin Joy Lenora May (Symens) Christiansen. Kay was preceded in death by her parents Dale and Engeline Grayson. Kay's mother Engeline passed when Kay was in her 20's, and that shaped her entire outlook on life as they were very close.

A private memorial service will be held for Kay at the First Congregational (UCC) Church in Alexandria on Saturday, March 21st, and will be recorded and placed on the Anderson Funeral Home website within the next week. A Celebration of Life graveside service and interment will be held later this summer. Arrangements are with the Anderson Funeral Home & Crematory www.andersonfuneral.net

To order memorial trees or send flowers to the family in memory of Kay Olson, please visit our flower store.
Open