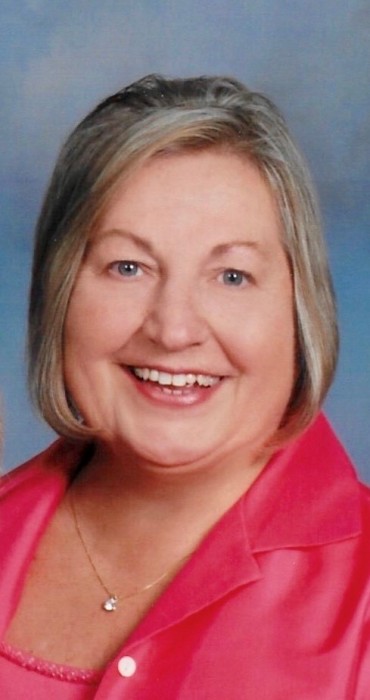 June Ella Gease Davis, 74, passed away unexpectedly on February 16, 2019. She was born June 6, 1944 in Alexandria MN. June grew up in Garfield, MN with her parents, Clarence and Malinda Gease and her 3 older siblings. They moved to Verndale, MN when she was in 10th grade. There she was a cheerleader, homecoming candidate, and member of the national honor society. While in high school, she met the love of her life, John Davis.

After high school, she moved to the cities and worked at the federal reserve bank. In 1967, she married John and took over running the Verndale grocery Store from Everette and Sara Davis. After John got a job with UPS, they moved several times where June was able to find babies that needed daycare. Each of the children left a special place in her heart. Beside daycare, Mom was able to make some great friends, of which left her with many fond memories and relationships that she kept to the end.

In 1995, after John retired, the two of them started traveling. They went to Turkey, the Holy Lands, Europe, and Germany (her homeland, since she was 100% German.)

One of her favorite places to go to was Disney World. Us kids can still remember Mom riding rollercoasters and hear her excitement, oooh oooh oooh! Disney World was an important reason why they purchased a house in Orlando in 2008, where she could share her love with Disney with the next generation of family and friends. June never turned down a trip to Disney World. The house had a constant rotation of groups coming and going during her time here. June's favorite part of Disney wasn't the rides, characters, or food, but seeing the excitement and joy in the children faces making it such a magical place for her.

In 1997, John and June built their dream house on Lake Miltona in Alexandria, MN. This was also a favorite place, especially the 4th of July. She most enjoyed the house when it was packed with family and friends. It sure became the place to be in the summer.

When she wasn't entertaining in Alexandria or Orlando, June enjoyed relaxing and working on Crypto grams, Sudokos and crosswords. June would also enjoy movies, including going to the theater or watching the Hallmark Channel, it didn't even matter if she had seen it before.

The one common theme, was she wanted to be with and be there for family and friends. June will be missed as she has played a important role of so many people’s lives.

A Memorial Service will be held on Saturday, March 2, 2019 at 10:30 AM with a visitation for one hour prior to the service at Zion Lutheran Church in Alexandria.

To order memorial trees or send flowers to the family in memory of June Davis, please visit our flower store.
Open