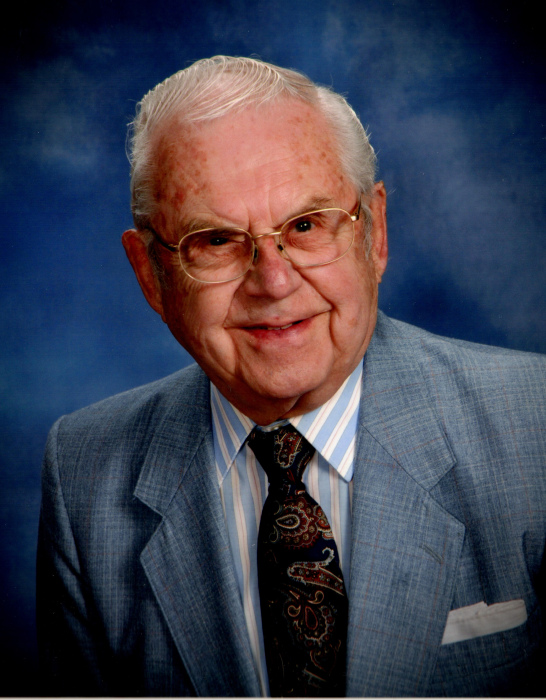 J. Paul was born on August 18, 1925 in Chanhassen Township to Hazel Radtke and Emil Schlefsky. He was raised and schooled in Chaska, Minnesota where he graduated from high school in 1944. At age 13, J. Paul began working after school with Master Tailor John Jelmek in Chaska until after graduation.  This was sure a commitment on the part of J. Paul as he had to for go the normal “boyish” after-school sports and activities to concentrate on learning his new trade.

J. Paul’s tailoring skills continued as he worked for Bill’s Toggery in Shakopee for 17 years, until 1986. In October 1986, J. Paul married Mary Lou Klug and they resided in Shakopee until 1988 when they moved to Chaska. J. Paul worked for Carson Pirie Scott before retiring at age 70.

J. Paul was in the American Legion Drum and Bugle Corp for a long time, also Men’s club, dart ball, cemetery board and avid card club player.  J. Paul loved to dance and listen to polka and old-time music.  He was a lifelong member of St. John’s Lutheran Church in Chaska before moving to Alexandria, MN.

J. Paul and Mary Lou sold their home in Chaska and moved to Alexandria where they had a lovely home on Lake Brophy.  He enjoyed being by the lake, fishing, tinkering, and traveling.  They spent some winters in the warmth of Texas and Florida meeting new people and visiting with family.

J. Paul was preceded in death by his parents Emil and Hazel; his first wife, Betty; son, Mark; daughter, Ruth; and brother, Earl.

A Celebration of Life service will be held on Sunday, November 24, 2019 at 2 PM at Calvary Lutheran Church in Alexandria.  A visitation will take place for one hour prior to the service at the church on Sunday.

To order memorial trees or send flowers to the family in memory of J Paul Schlefsky, please visit our flower store.
Open