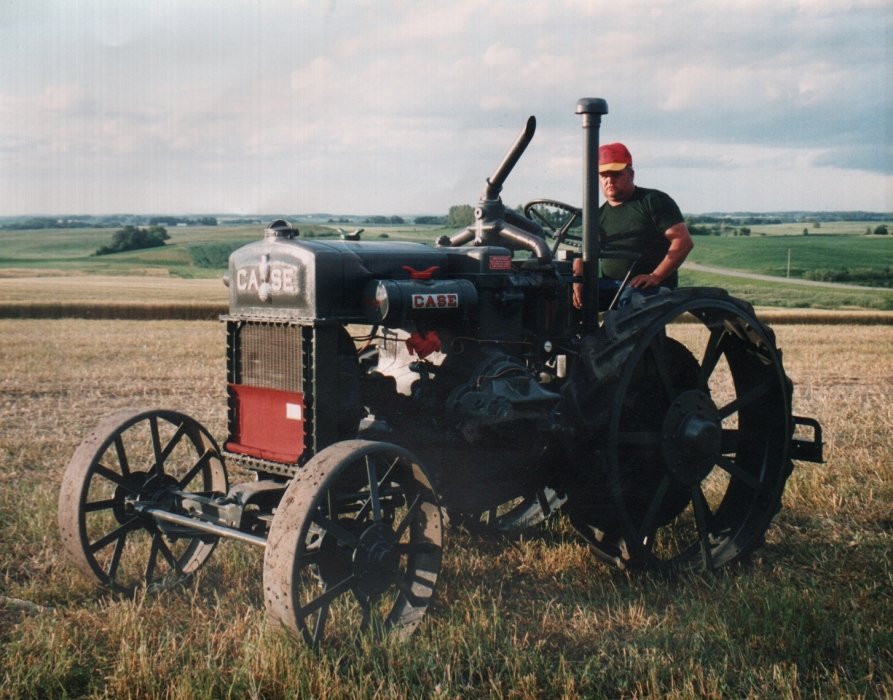 John Vernon Peterson was born in Alexandria, Minnesota, the son of Vernon and Mildred (Magnuson) Peterson.  He was baptized and confirmed at Chippewa Lutheran Church in Brandon. John graduated from Brandon High School in 1970 and received his AA Degree in Mechanics from Wadena Tech.

On December 14, 1974, John was united in marriage to Cheryl Eddy at St. Luke’s Lutheran Church in Garfield.  To this union, three children were born: Jeremy, Leigh and Rashal.  The family continued to live in rural Brandon where John worked as a mechanic for several different shops in the Brandon, Evansville and Garfield area.

John also worked as an independent truck driver for various companies.  With all the traveling he did he could tell you directions anywhere without the use of Google maps.

For the past 15 years, he worked as a mechanic out of his own garage.  People would bring any type of engine, large or small, to him to fix and he would have no issues figuring out what was wrong. Many people would say “there’s not an engine John couldn’t fix”.  During his time in the garage, he would also teach his kids and grandkids how to do things so they would know how to fix them.

Memorial service will be held on Saturday, February 2, 2019, 11:00 a.m. at Grace Lutheran Church in Brandon.  Burial will be at Brandon Cemetery.  Visitation will be held one hour prior to the service at the church on Saturday.

To order memorial trees or send flowers to the family in memory of John Peterson, please visit our flower store.
Open