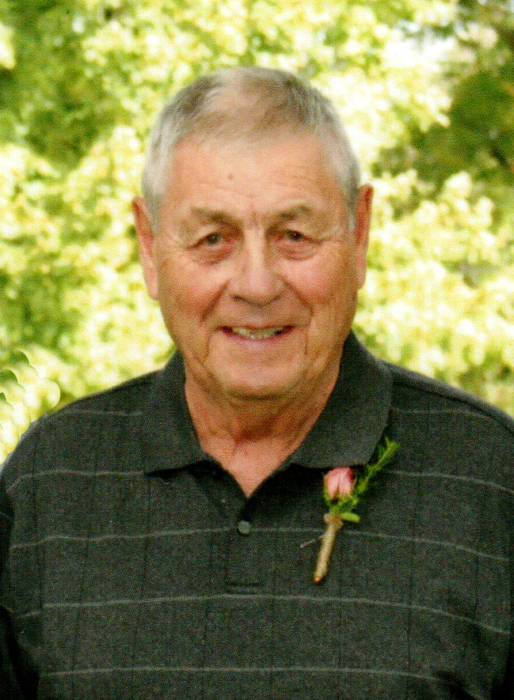 John Allen Muzik, son of John W. and Alvina (Johnson) Muzik, was born on June 25, 1933 in Alexandria, MN.  John graduated from Alexandria’s Central High School in 1951, then went to work for the Douglas County Highway Department. In 1953, he enlisted in the United States Army. After two years of honorable service in Germany, he returned to Alexandria and his job at the Highway Department.

One day, while driving down the road with a friend, John offered a ride to a young lady named Lois Nelson. The couple was united in marriage on November 5, 1955 at the Lanesboro Catholic Church. They settled in a beautiful home on Maple Lake in Forada, built by John himself, and raised three children: Renee, Steve and Lola.

John retired from the Douglas County Highway Department at the age of 60. Soon after, he retired from the Forada Fire Department with 30 years of service. John would always remain active in his community. He belonged to many organizations including the Forada Lions, Minnesota Darkhouse Spearing & Angling Association, Rod & Gun Club, VFW and Hudson Cemetery Board.

John loved the outdoors. He paid special attention to his garden and lawn and was often spotted riding the lawn mower over to trim neighbors’ yards. He also loved to hunt, fish and spear, and became well known for his hand carved spearing decoys. He had learned the art from his grandpa and passed the tradition to grandkids and great grandkids of his own. Spending time with his family was always most important to him. His kind and gentle nature made him “Forada’s grandpa,” and he will be greatly missed by all who knew and loved him.

A graveside memorial service will be held on Saturday, June 6, 2020 at 1 p.m. at the Hudson Cemetery near Forada. Full Military Honors will be accorded by the Minnesota Honor Guard, American Legion Post #87, Veteran of Foreign Wars Post #936, Vietnam Veterans of America Chapter #235 and the Marine Corps League Detachment #1409.

Arrangements were made with Anderson Funeral Home and Crematory.

To order memorial trees or send flowers to the family in memory of John Muzik, please visit our flower store.
Open