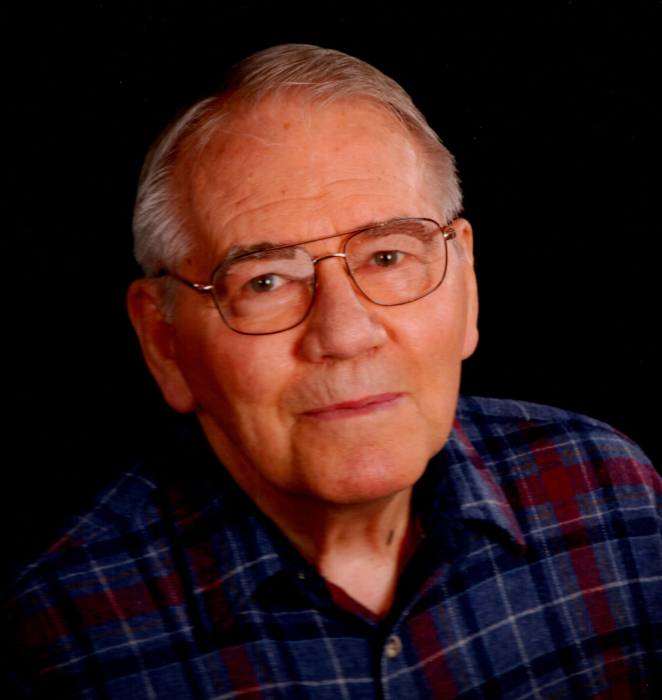 John William Conard, age 91, passed away peacefully at his home in Alexandria, Minnesota on December 17, 2021.

John was born August 27, 1930 in Minnetonka Township, Minnesota to George and Muriel Conard. He grew up in Minneapolis and graduated from West High School. After graduating from high school, he worked in California and on a ranch near Aberdeen, South Dakota before eventually moving to Alaska. While in Alaska, the Korean War broke out. He always said he enlisted in the Navy, so he’d get three square meals a day and not have to sleep in the dirt. He served in the Korean War on the destroyer U.S.S. Laffey (DD-724). He married Mildred Neuhaus on December 22, 1951 in Milwaukee, Wisconsin while home on leave.

After reading an article by Mrs. Callaghan in a popular woman’s magazine, John and Millie decided that Alexandria sounded like a good place to raise children. He worked at Wedum’s Supply until he was hired as a lineman at Runestone Electric Association. He retired out of the office at REA in 1992.

John was an avid hunter and fisherman. His passion was duck hunting. He liked the DNR’s silhouette tests at the fair because he never missed a bird. Once, while hunting, he was approached by a game warden who wanted to commend him for not shooting at any canvasbacks that had come through.

He was a ref and a coach in the Alexandria Hockey Program when his sons began to play hockey. He taught his children and grandchildren how to fish and shoot a pistol, 22cal. rifle, and a 12ga. shotgun. He shot trap and skeet until his eyes failed him and shooting by sound and memory didn’t work so well. He also taught Firearms Safety classes into his 80’s.

He has been a member of First Lutheran Church since he moved to Alexandria.

In lieu of flowers, please consider supporting John’s passion for teaching firearm and hunter safety with a donation to https://www.nrafoundation.org/donate/. To make your contribution in memory of John, fill out the optional Tribute Information.

A Celebration of John's Life will be held on Friday, January 14, 2022 at 11 AM at First Lutheran Church in Alexandria

A visitation will take place one hour prior to the service at the church on Friday.

To order memorial trees or send flowers to the family in memory of John Conard, please visit our flower store.