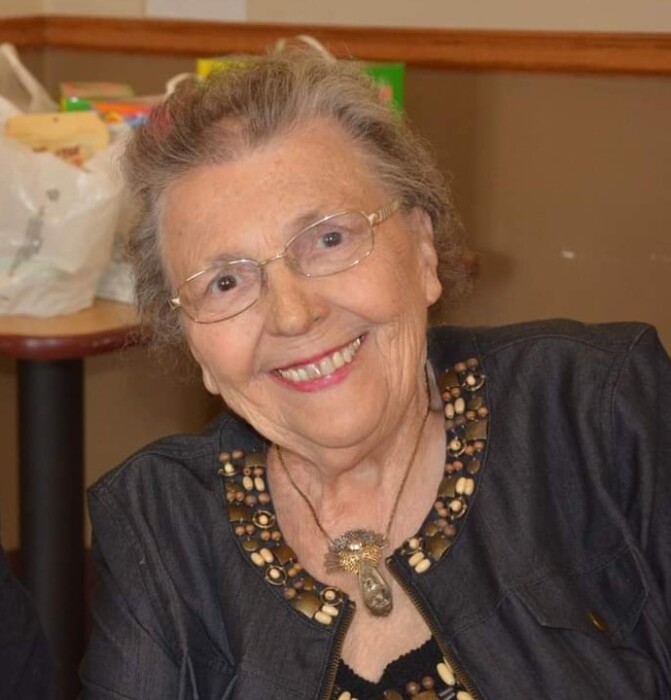 Joanne was born on February 10, 1932 in Land Township the daughter of Leonard and Luella (Strom) Rudell.  She grew up in the West Central area and attended country school and graduated from Glenwood High School in 1950.

Joanne was united in marriage to Donald Olson on June 14, 1953, at the Farwell Lutheran Church.  After their marriage the couple moved on a farm in Holmes City Township where they raised their five wonderful children.  She was very involved at Oscar Lake Lutheran Church where she was Sunday School teacher, organist and also served as President of the ELCW.  After her children were grown she worked as a CNA at Bethany Home.

Joanne greatest joy was her family – she was always interested in what her grandchildren and great grandchildren were doing.  She loved working in her gardens on the farm – enjoying the flowers, fruits and vegetables it produced and had an overflowing heart for all of the animals that she would have during her life time!!

Joanne will be remembered as a strong woman, for her infectious smile, and her willingness to always help.

She was preceded in death by her husband, Donald; sons: Daniel and Calvin

Visitation will be held on Saturday, December 11, 2021, 9:00 – 10:00 a.m. at Oscar Lake Lutheran Church with a Funeral Service at 10:00 a.m.   Burial will be at Oscar Lake Cemetery.  Arrangements are with the Anderson Funeral Home. www.andersonfuneral.net

To order memorial trees or send flowers to the family in memory of Joanne Olson, please visit our flower store.
Open