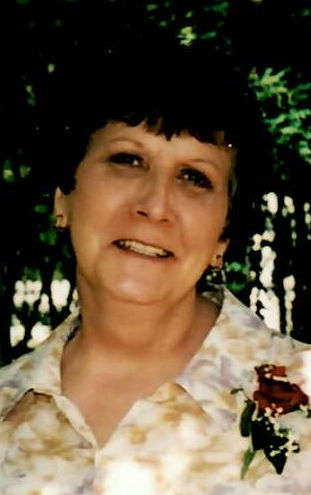 Joan Caroline (Schoenrock) Tobolt was born on April 25, 1947, in Minneapolis to Harold and Laura (Leuthard) Schoenrock. At the age of two, Joan moved to Wheaton, MN, with her family where she attended school, graduated, married and began raising a family. Joan married Dale Tobolt on May 29, 1965. They welcomed two daughters to their marriage, Theresa and Carrie (Claire).

In 1985, Joan moved to Alexandria, MN. Joan worked many different jobs throughout her lifetime, but the one she enjoyed the most and was the most proud of was her time spent working at Fleet Farm. She made many lasting friendships and memories throughout her years employed there.

Joan was the type of person that always put others before herself. From her siblings and their spouses to her children, grandchildren, nieces, nephews, great-nieces and nephews, she loved them all with a strong unconditional kind of love. She was always quick to brag about the whole lot of them to anyone who would listen. One of the greatest joys in her life was becoming a grandma. Her grandson Gunner and her granddaughter Maggie were the reason for many joyous memories over the years. From their younger years to going off to college, they were always on her mind. Her most favorite memories were watching them both compete in the many sports they played. In addition to her grandchildren, she had many nieces, nephews and great-nieces and nephews that she also enjoyed keeping up with.

She also LOVED playing cards. And when it came to playing cards, it didn’t matter how much she loved you, she would have no problem beating you and show no mercy. In addition to cards, she enjoyed bowling, playing board games and playing/calling bingo. Her absolute favorite pastime though was gardening. When she still lived in her own home, she maintained several large flower beds. Even though her health did not allow her to continue to live at her own home, she still managed to be involved in gardening while residing at Nelson Gables. She was very proud of the many hours she spent outside there tending to the flowers and outdoor plants. She also proudly called bingo and was more recently nominated to be the Resident Council President, which was a position she took very seriously.

Joan passed away peacefully on September 15, 2022, with her two daughters by her side. She was a five-time cancer survivor. She is survived by her daughters Theresa (Tobolt) Higman of Bemidji, MN; Claire (Carrie) and Terry Anderson of Alexandria, MN; grandchildren Gunner (Abby Blank) Anderson; Maggie Anderson; brothers Glenn (Joyce) Schoenrock of Silver Springs, FL; Tom (Karen) Schoenrock of Wahpeton, ND; and Jim Schoenrock of Alexandria, MN. Along with several nieces, nephews and great-nieces and nephews. She is reunited with her parents Harold and Laura; sisters Lois and Marion; brothers Marvin, Harold, Jr., Jerry, and Paul, and her sisters-in-law.

To order memorial trees or send flowers to the family in memory of Joan Tobolt, please visit our flower store.
Open