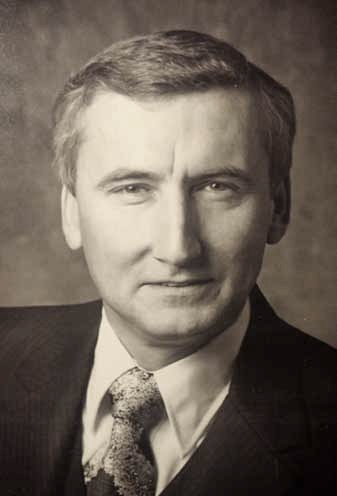 Jerome Henry Bisek, (Deacon Jerry) of Elk River, passed away on May 7, 2021.  Jerome was born in Starbuck, MN, on November 7, 1935 to Henry and Clara (Trousil) Bisek.  He attended and graduated from Alexandria High School in 1954. He then joined the U.S. Army. He married the love of his life, Ellie Snyder, on Sept. 19, 1957.  She preceded him in death Dec. 11, 2003. To this union five children were born, William Bisek, Margaret (John) Francis, MeLinda Bisek, Kathleen (Kirk) Carlson, and Maria Bisek (deceased Aug. 25, 2009.)  He is also survived by 9 grandchildren and 10 great-grandchildren; brother DeWayne (Dorothy) Bisek, sister Janet Nevala, nieces, nephews, cousins and many friends who called him Mr. B or Dad.  Jerome lived a life of service to his Heavenly Father, his family, friends, and community.  He enjoyed many hobbies including, fishing, camping, bike riding, and music of all kinds.  When 16 years old he earned his Eagle Scout Award with the Bronze Palm, and the Catholic Church Scouting Badge ad altori dei. He graduated from MacPhail College of Music and St. Cloud State University.  In 1965 he and his friends created a group called The Happy Wanderers who entertained many over the course of 25 years. That same year he began to direct the St. Alphonsus Church choir for 17 years.  Jerry built a career with Minneapolis Public Schools, serving as educator and educational coordinator of services for students with physical disabilities. He was ordained a permanent deacon for the Archdiocese of St. Paul and Minneapolis on Oct. 4, 1980, with a focus on parish and the AIDS ministry.   In 1991 Jerry and Ellie started to enjoy their Minnesota winters in Mazatlan, Mexico. Jerry continued his service to the people of Mazatlan, Mexico at St. Judas Tadeo Church.

In lieu of flowers, please plant a tree in honor of his memory.

Interment will be at 3 PM Thursday, May 13, 2021 at St. John Nepomuk Catholic Cemetery, Reno Township, near Lowry, MN.

To order memorial trees or send flowers to the family in memory of Jerome Bisek, please visit our flower store.
Open