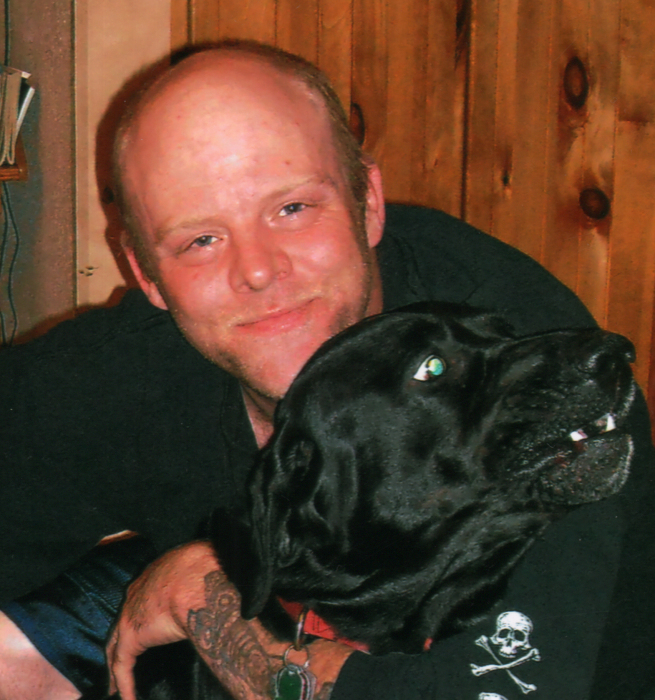 Jason Lucas Hubbard was born February 13, 1976 in Alexandria, MN, the son of Charles and Cindy (Jones) Hubbard. He attended school and graduated from Jefferson High School in 1995.  Ivan Pazdernik became Jason’s step-father in 1990 and was an active role model in his life.

Jason was united in marriage to Alicia Mattson in Hawaii in 2007. The couple was blessed with one son, Jake. Jason was a dedicated father and loved spending time with his son, there was a period of time he was a dedicated stay at home dad.   The two especially enjoyed going on walks, watching movies, playing games, bowling, nerf gun wars and mini-golfing.  There was nothing more on this earth that Jason loved than his son Jake.

Jason enjoyed studying reptiles and had hoped to one day work with reptiles. At one point he owned and cared for a seven-foot red tail boa and an iguana which made him a popular uncle and friend. He loved learning about snakes and lizards.  Jason also liked to spend time fishing, skateboarding and snowboarding. He was artistic and would spend hours drawing, writing and creating.

“Hub” was known by his friends and neighbors for his big heart, he was non-judgmental and kind to all he met.   Throughout his life, he was supported by his mother.  The two rarely went through a day without talking.  Jason had a deep love for his mother and her love and support helped him through many difficult times, she never gave up on him.

Jason passed away July 1, 2021 at the age of forty-five years.  He was preceded in death by his father, Charles Hubbard; one half-brother, Douglas Hubbard, and one nephew, Stephen Hubbard. Jason is survived by his mother, Cindy Pazdernik (Ivan Pazdernik) of Alexandria; his son, Jake Hubbard, of St. Paul; three half-sisters, Mary Constantine (Chris), Angie Lauderbaugh (Scott)  and Shari Lee (Tony); one stepbrother, Bill Pazdernik (Dana); one stepsister, Bobbi Jo Melcher (Ed),  and several nieces and nephews.

Jason’s life on earth is over, but his mission here is not complete.  We believe that the Lord knew Jason’s heart and he is now home in paradise.

A funeral service will be held at 2 PM Tuesday, July 6, 2021 at St. Luke’s Lutheran Church in Garfield, MN. Reverend David Gran will officiate. Interment will follow in the church cemetery. Visitation will be from 1 to 2 PM Tuesday at the church.

To order memorial trees or send flowers to the family in memory of Jason Hubbard, please visit our flower store.
Open