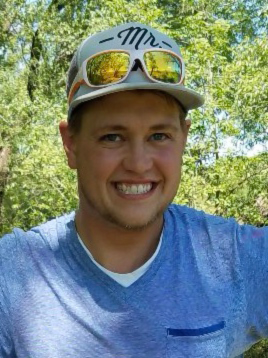 Jason Dean Henningsgaard was born on June 26, 1987 in Alexandria, MN the son of Russell Henningsgaard and Sharon Quernemoen.  He was baptized and confirmed at Calvary Lutheran Church in Alexandria and graduated from Jefferson High School in 2006.

After graduation Jason worked as a carpenter and could fix anything with his hands.  He was also a skilled cabinet maker and plumber.  Jason will be remembered as a person who loved people, was always there to give a hug, and had a positive attitude.  He was a thrill seeker and was always ready for a new adventure.  Jason loved nature and outdoors whether he was hunting, fishing, canoeing or camping with family and friends.  His greatest joy was playing with his three sons.

Jason died on Thursday, August 1, 2019 losing his battle with depression.   He is in a place now where he is at peace and can look over the family and friends he loved.

He was preceded in death by his grandparents: Russell Sr. & Evelyn Henningsgaard; Raymond Quernemoen.

To order memorial trees or send flowers to the family in memory of Jason Henningsgaard, please visit our flower store.