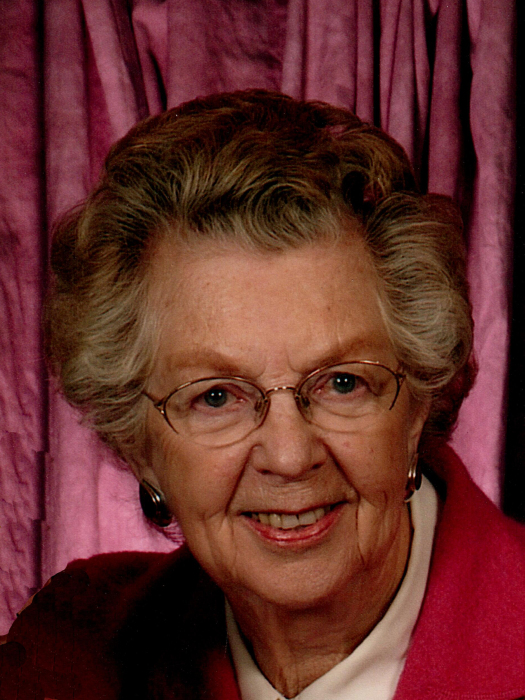 Jane Eleanor Olson was born July 19, 1924 in Truman, Minnesota, the daughter of Edward E. and Bernice (Baker) Olson. She was baptized and confirmed at the Church of Christ in Truman. Jane graduated from Truman High School and then attended Stephens College in Columbia, Missouri.  On November 29, 1946, Jane was united in marriage to Neal R. Huemoeller at the Church of Christ in Truman. The couple made their home in Minneapolis where Neal was enrolled at the University of Minnesota College of Mortuary Science.  Following Neal’s graduation, they returned to Truman to work with Jane’s father and mother in the furniture store and funeral home.

In 1968, Neal and Jane purchased the businesses.  Under their ownership and operation, the E. E. Olson Furniture Store in Truman grew to become one of the largest furniture stores in southern Minnesota and the Olson Funeral Homes of Fairmont, Truman and Ceylon, Minnesota became renowned for exceptional personal service.   In addition to supporting and working together with her husband, Jane was committed to serving her church and numerous community organizations during her career.

In 1986, Neal and Jane retired and moved to their beloved lake place in Alexandria and joined Zion Lutheran Church and Alexandria Golf Club.  They were blessed with numerous close friends, countless good times, and many happy years together in retirement.   Neal died in 2013. Jane continued to make her home on Lake Le Homme Dieu where she enjoyed her children, grandchildren and great-grandchildren, her dear friends and hosting bridge parties.  Jane was a devoted Christian who lived her faith with an always positive outlook and a genuine caring nature.

Jane is survived by: daughter, Helen Jane Hilgendorf and her husband, Gregory of Alexandria, MN;  and son Neal R. Huemoeller, Jr. and his wife, Brenda, of Kasson, MN; five grandchildren, Allison Arndt and her husband, Nathan of St. Bonifacius, MN; Neal R. Huemoeller, III and his wife, Jen of Otsego, MN; Jill Kinas and her husband, Randy of Mankato, MN; Kim Huemoeller and Nyc Setterlund of Mantorville, MN; and Kate Huemoeller of Kasson, MN; and six great-grandchildren, Maxwell Arndt and Henry Arndt both of St. Bonifacius, MN, Ian Huemoeller and Isla Huemoeller, both of Otsego, MN; Alissa Setterlund and Jack Setterlund, both of Mantorville, MN and four nieces and nephews. In addition to her husband, she was preceded in death by her sister Lucille Olson; great grandchild, Dylan Setterlund; niece, Mary Alice Sellet; and nephew, James Huemoeller.

To order memorial trees or send flowers to the family in memory of Jane Huemoeller, please visit our flower store.
Open