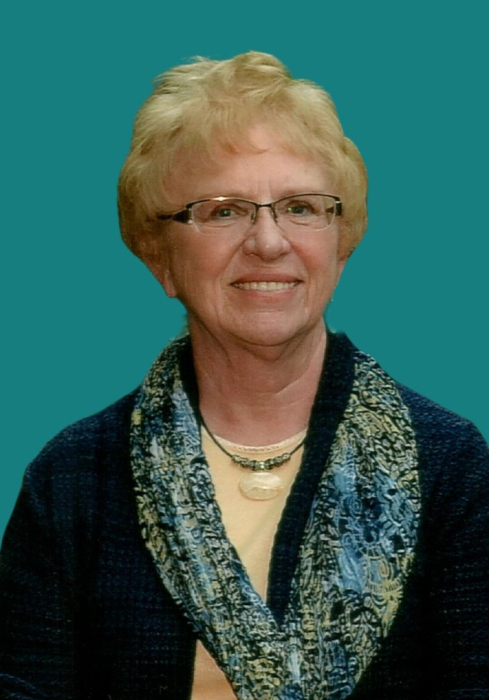 Jacquelyn Kay Harstad, the daughter of Everett and Lorinda (Roth) Morehouse, was born on September 10, 1943, in Bristol, SD. She grew up on a farm and graduated from Bristol High School in 1961. While working as a bookkeeper for Hansmeier and Son, Jackie met Gene Harstad, who was her younger sister’s teacher, at a school function. Soon Gene became Jackie’s love of her life.  The two were united in marriage on May 30, 1964, at Bethesda Lutheran Church in Bristol, SD. They lived in a few towns before settling down in Britton, SD in 1970 where they raised their three children: Dana, Dawn and David. Gene’s school administration career took them to Rosholt from 1986-1997, then to Jackie’s hometown of Bristol in 1998, before they retired to Alexandria, MN in 2010.

Jackie was known to work hard and play hard. When she was not gardening or tending to the yard, she could be found in the kitchen cooking or baking, especially her famous Kringla and apple pie.  She had the uncanny ability to figure out how to repair just about anything. In her spare time, Jackie enjoyed watching the blue birds, cardinals, and hummingbirds eat from her bird feeders. She also enjoyed playing cards, especially bridge, going to happy hour with her girlfriends, and golfing.

The most important thing in Jackie’s life was her family. She cherished every second she spent with her children and grandchildren. Her family will always remember her quick wit, funny one-liners and how she could use humor to make light of a serious situation. Family cruises and holiday gatherings will always be cherished memories, partly because of her fun, adventurous spirit.

She was preceded in death by her parents and her daughter Dana.

A Memorial Service was held on Saturday, November 28, 2020 at the Anderson Funeral Home Chapel with the Reverend Greg Billberg officiating.  Randy Morken played the piano.  Barb and Roger Riley sang special songs in honor of Jackie. Interment will be in the Spring of 2021.

Arrangements are with the Anderson Funeral Home and Crematory. www.andersonfuneral.net.

To order memorial trees or send flowers to the family in memory of Jacquelyn Harstad, please visit our flower store.
Open