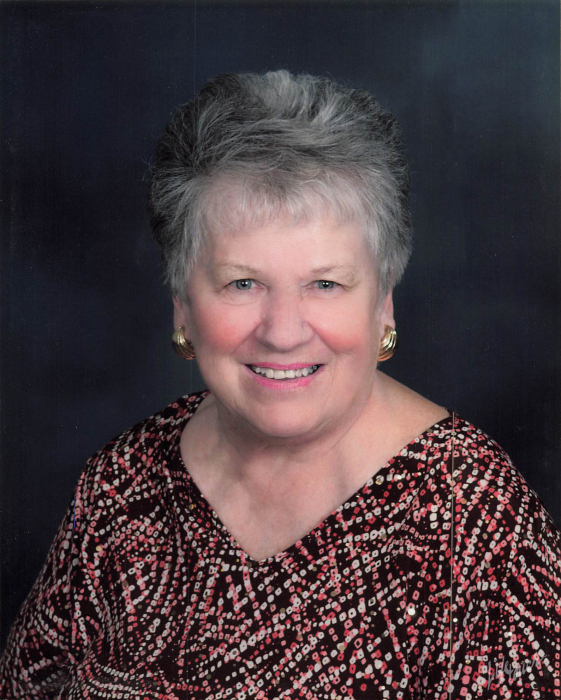 Jacqueline Kay (Osbon) Groth was born on February 27, 1939, to Loren Osbon and Maxine (Pike) Harvey in Sioux Falls, South Dakota.  She attended and graduated from Washington High School in 1957.  After graduation, Jackie attended Augustana College where she earned her BA.  While attending college, she married James (Jim) Luce and was blessed with three children: Michael, Lori, and Julie. In addition to being an amazing mom, Jackie worked as a librarian while raising her children. She then moved to Hardwick, MN where she married Roger Groth. She worked with Roger on the farm, helping with everything from farrowing pigs, cutting their teeth, tagging their ears, and maintaining a fruitful  garden. She was also an active member of her church.  She obtained her license to sell insurance and set up an insurance agency selling Farm Bureau Insurance.  In 1991, Jackie went back to college and earned her Master's Degree in counseling from South Dakota State University. She used her degree to help counsel at-risk families who were assigned to her through the court system. After Roger and Jackie sold the farm, they moved to New Berlin, WI. Jackie got her CDL license and started driving for the Waukesha Metro Transit bus line where she had a bus route in the City of Waukesha (suburb of Milwaukee, WI).  Due to health reasons, she had to eventually retire from driving bus.  In 2007, Roger passed away and Jackie moved back to Sioux Falls. When her health started to decline, she was moved to the Alexandria area and became a resident of Diamond Willow Assisted Living where she lived until her passing.

Jackie enjoyed spending time with her family, attending plays, playing bridge, watching basketball, and going to the movie theater to see all the new releases.

Jackie died on Wednesday, March 16, 2022, at Diamond Willow Assisted Living in Alexandria at the age of 83. She is survived by her three children: Michael (Rhonda) Groth, Lori (Jerald) Aaberg, and Julie Taylor; five grandchildren: Ryan (Katy) Groth, Justin and Brooke Aaberg, Ashley (Cully) Williams and Jordan Taylor; and one great-grandson: Silas Williams; and two sisters: Susan Harvey and Vivian Ross. She is preceded in death by her parents; her husband: Roger; her sister: Kay Foster; and her son-in-law: Gary Taylor

A remembrance service will be held on Monday, March 21, 2022, 11:00 a.m. at Diamond Willow Assisted Living in Alexandria, MN with visitation an hour prior.

In lieu of flowers, memorials are preferred.

To order memorial trees or send flowers to the family in memory of Jacqueline Groth, please visit our flower store.
Open