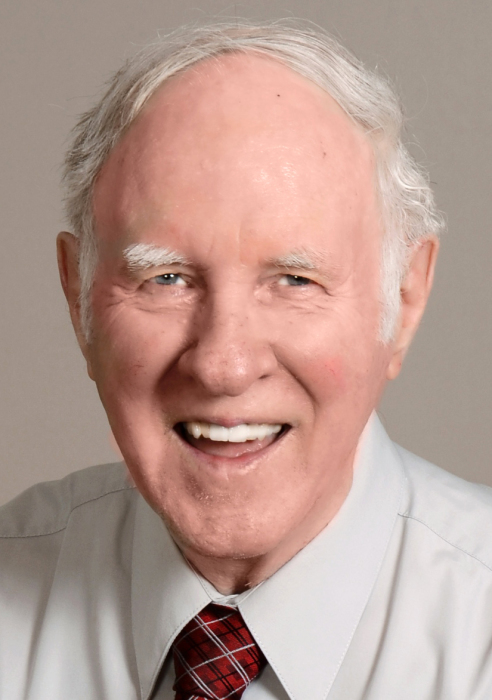 Ivan was the second of four children and grew up on the family farm near Hatton, ND where he played basketball and baseball.  He attended Concordia College in Moorhead, MN and graduated in 1961 with majors in History and Political Science and a minor in Mathematics.  He and Lois were married in August of that year.  After a year teaching high school math in Tioga, ND, he chose to enter the Lutheran ministry.  He graduated from Luther Seminary in St. Paul, MN, spending one year as an intern in Malta, MT.  During his time in seminary, their son Roger was born.  Ivan accepted his first call serving a two-point parish in Bigfork and Effie, MN for five years where daughters Jane and Sarah were born.  He then accepted a call to First Lutheran Church in Mahnomen, MN where he served for twenty-nine years followed by one more call to Lac Qui Parle Lutheran Church near Dawson, MN where he served for five years.  Upon his retirement from the ministry in 2006, Ivan and Lois settled in Alexandria, MN where he continued part-time ministry as an interim visitation pastor for First Lutheran Church and as an interim pastor and pulpit supply for Lutheran Churches in the area.

Ivan will be remembered for his amazing memory for people and their connections to other people and places.  He regularly struck up conversations with strangers and within minutes would have connected them with one or more people or places in his extended network.  He enjoyed traveling, closely following his favorite teams: the Boston Red Sox and Minnesota Vikings, reading about and maintaining automobiles, playing golf, working around the house and yard, being an active member of the First Lutheran Church congregation and choir in Alexandria, actively participating in the local retired pastors’ group, being a mentor in the Alexandria Lunch Buddy program, and visiting with friends and relatives.

Our family would like to thank the memory care staff at Bethany on the Lake in Alexandria and the staff of Hospice of the Douglas County for their loving care of Ivan during his last six months.  The staff, along with the other residents of the memory care unit and their families, have become part of our extended family.

In lieu of flowers, memorials can be directed to First Lutheran Church Building Fund, 822 Douglas St, Alexandria, MN 56308 in memory of Ivan or to the charity of your choice.

To order memorial trees or send flowers to the family in memory of Ivan Wambheim, please visit our flower store.
Open