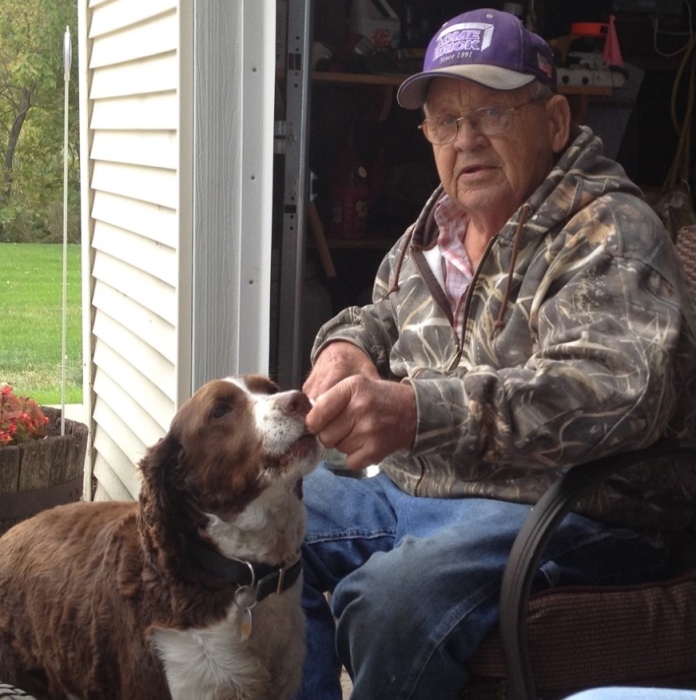 Henry (Hank) Bahe, the son of Ernest Sr. and Marie (Pommerening) Bahe, was born on October 19, 1931 in Lake George Township near Belgrade, MN.  Hank graduated from Belgrade High School and then enlisted in the United States Air Force, where he served our country as a message decoder while being stationed in Alaska.

On March 6, 1954, Henry was united in marriage to Elsie Ladwig in Belgrade.  After their marriage, the couple lived briefly in Portland, Oregon before returning to Minnesota to build their home in New Hope.  Two children were born to this union, Pamela and Steven. Henry worked for the Standard Oil Company for 26 years.  While living in New Hope, Henry loved coaching his children’s youth sports teams.  They also spent many weekends camping on Lake Ida.  Hank and Elsie moved to Lake Ida in Alexandria in 1989 and have spent their retirement years there.

Hank was a great husband, father and grandfather – he enjoyed hunting, fishing, and bowling (high game 299).    He also loved playing cards, working on puzzles, and joking around.  Hank’s family was always the most important part of his life.  He stayed close to his brothers and sisters.  He was proud of his children, grandchildren, great grandchildren, and adored his wife Elsie. Hank loved his family and his dogs.  He will be forever missed by those who knew and loved him.

A Memorial Service will be held on Saturday, January 5, 2019 at 10:30 AM at the Anderson Funeral Home Chapel in Alexandria.  Interment will be in Kinkead Cemetery.  Military Honors will be preformed.

To order memorial trees or send flowers to the family in memory of Henry Bahe, please visit our flower store.
Open