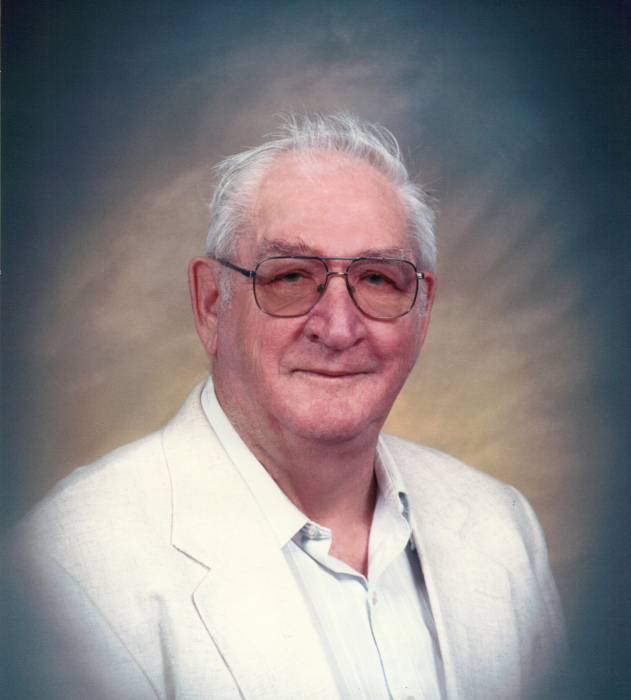 Harry Robert Daker, the son of John and Letta (Kendall), was born on a farm near Staples, MN.  He attended grade school until the eighth grade and then enlisted into the United States Army.  Harry honorably served his country during WWII from 1942-1947.  After the war, Harry met the love of his life, Helen Rose Beltz.  They were united in marriage on September 14, 1948 in Breckenridge, MN.  They recommitted their wedding vows on their 70th wedding anniversary in 2018 at their home in Carlos, MN

Harry worked mainly as a carpenter however, he worked as a mail truck driver, manager of a drug store in White Center, WA, and managed grain elevators in Everdale and Carlos, MN.  He and his wife also owned a mobile home park in Carlos, MN for 35 years.

Harry was always kind hearted and giving to others.  Many nieces and nephews lovingly called their uncle Harry and aunt Helen’s house their home.

A visitation will take place on Friday, May 10, 2019 from 4-7 PM with a 4:30 PM Prayer Service at the Anderson Funeral Home in Alexandria.

A Graveside service will be held at 11:00 AM on Saturday, May 11, 2019 at St. Mary’s Catholic Cemetery in Breckenridge, MN with Military Honors accorded by the Breckenridge VFW.

To order memorial trees or send flowers to the family in memory of Harry Daker, please visit our flower store.
Open