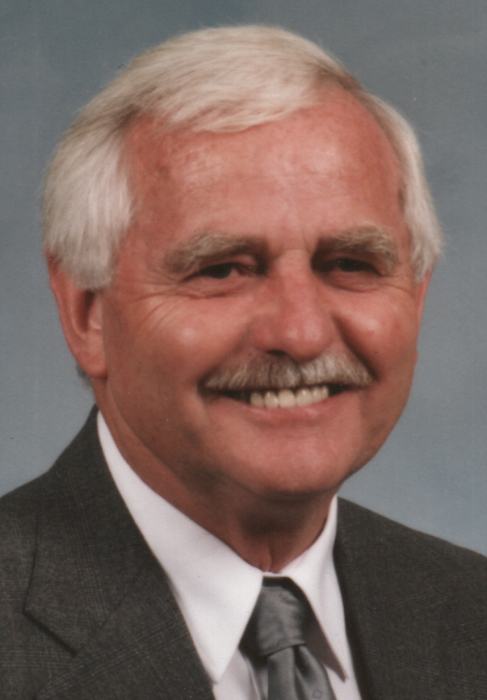 Harry was born on April 8, 1933, to Harry Sr. and Hilda (Anderson) Bedman, of Alexandria. He grew up at the family resort, Bedman’s Beach, on Lake Ida and attended Alexandria public schools. In high school, he played varsity football and won many friends with his energy and sense of humor.

After graduating in 1951, Harry married Lorraine Schoeneck of Alexandria.

Harry enrolled at St. Cloud State University where he pursued his education degree.

Three years later, Harry enlisted in the United States Army. He served two years in Germany, where he attained the rank of corporal.

Upon his return from the service, Harry completed his degree in Industrial Arts and Physics from St. Cloud State University. His first teaching job was in Mountain Lake, MN. One year later, he began teaching in the Robbinsdale School District and began raising a family in Crystal, MN. He and Lorraine were blessed with four children, Deborah, Connie, Jackie, and Jerome.

During this time, Harry became the fourth successive generation to run the family resort, Bedman’s Beach on Lake Ida. He continued to teach during the school year and drive the family to Alexandria to work at the resort on weekends and throughout each summer. In addition to serving the guests at the resort, Harry enjoyed tracing the Bedman family and resort history. He kept records all the way back to 1856, when his great-grandfather arrived in the area.

In June 1990, Harry retired from teaching. On October 27, 1990, he married Marilyn (Peterson) Henton of Crystal. With this union he became stepfather to daughters, Nancy and Karen.

Harry and Marilyn spent their winters in Phoenix, AZ and continued to run Bedman’s Beach during the summers until its final season in 1998.

Harry was a quiet, hard-working man who could build or fix anything. He especially enjoyed the quiet outdoors, photography, reading, history, wood-working, boat building, sailing and making people laugh. He was a good sport with practical jokes and enjoyed amusing people with his quick wit.

A funeral service will be held at 1 PM Friday, August 16, 2019 at the Bethany on the Lake Chapel. Reverend Scott Keehn will officiate. Interment at Fort Snelling National Cemetery will be private. Visitation will be from 4 to 7 PM Thursday at the Anderson Funeral Home and one hour prior to the service at Bethany on the Lake.

Arrangements are with the Anderson Funeral Home and Crematory in Alexandria.

To order memorial trees or send flowers to the family in memory of Harry Bedman, Jr., please visit our flower store.
Open

Bethany on the Lake - Chapel

Bethany on the Lake - Chapel