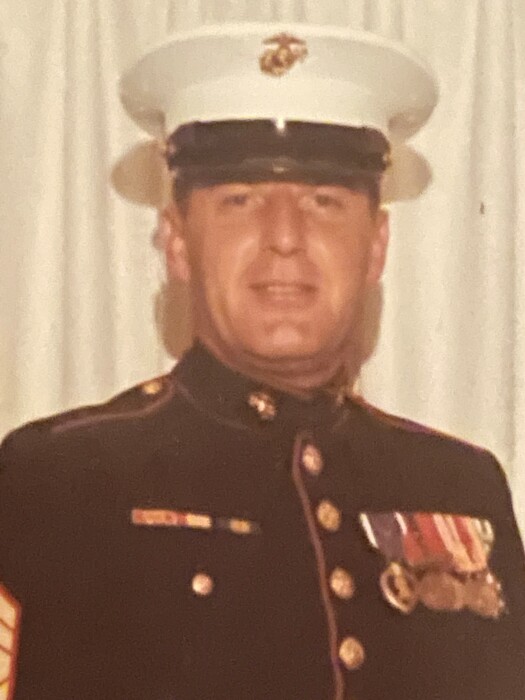 Harold Schoenrock was born on September 3, 1936, in Minneapolis, Minnesota the son of Harold and Laura (Leuthard) Schoenrock.  When Harold was 12 the family moved to Wheaton.  At the age of 18 he joined the United States Army where he served his country for three years.  After being Honorably Discharged he returned to Wheaton for a short time before enlisting with the United States Marine Corps.  Rocky served for 27 ½ years from 1955-1985.  During his service he made several trips overseas where he served in Okinawa, Borneo, Japan, Philippines and Vietnam.  Serving as a red patch Rocky sailed on troop ships, submarines, cargo ships, aircraft carriers and helicopter carriers.  While in Vietnam Rocky was injured twice receiving two Purple Hearts.

On October 6, 1958, Harold was united in marriage to Beverly Gilberg.  To this union two children were born: Kimberly & Kyle.  During his service the family lived in Hawaii, California, Alabama and North Carolina.  After his service Rocky remained in Oceanside, California.  Rocky was school bus driver for 15 years with the Vista Unified School District, transporting disabled children.  He had a special love for them.  He also was a great outdoorsman enjoying hunting, fishing, and going to the casino with Beverly.

To order memorial trees or send flowers to the family in memory of Harold Schoenrock Jr., please visit our flower store.
Open