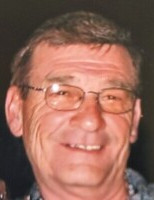 Harley, the son of Leavern and Lucille (Gens) Zimmel, was born on March 17, 1946, in Fosston, MN. He grew up on the family farm five miles east of Mahnomen, MN. On June 17, 1967, Harley was united in marriage to the love of his life, Bonnie Welle. The couple made their first home together in Mahnomen, and then moved to Evansville in 1969.

He was preceded in death by his parents, Leavern and Lucille Zimmel; sister, Karen Houska, and sisters-in-law: Charlene Geray, Geri Maier, and Betty Zimmel; and a niece, Amanda Dewey.

To order memorial trees or send flowers to the family in memory of Harley Zimmel, please visit our flower store.