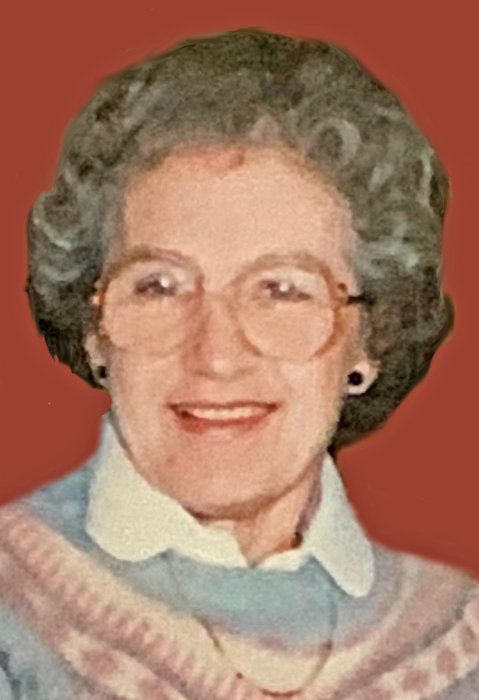 Gloria Delores Peterson was born March 20, 1931, in Evansville, MN, the daughter of Carl and Nanny (Swenson) Peterson. Gloria was baptized and confirmed at Our Savior’s Lutheran Church in Evansville. She attended country school near Evansville before moving with her family to Alexandria. Gloria completed her schooling at Central School in Alexandria graduating in 1948.

Gloria was united in marriage to Arthur Anderson on November 12, 1949 at Calvary Lutheran Church in Alexandria.  The couple made their home in Alexandria where they were blessed with three children.

Gloria worked as a waitress for a number of years at the American Legion. Many of the patrons asked to be seated at her assigned tables. She served her customers well. Later Gloria worked in the dietary department at the Douglas County Hospital where after working many years, she retired.

Gloria was a woman with much stamina and endurance. She survived several bouts of cancer and did a great job taking care of her husband Art when he developed cancer.

Gloria was a longtime member of Calvary Lutheran Church. Throughout the years, she served in the Ladies Aid.

Music was a large part of Gloria’s life. She was a gifted musician. In high school she belonged to a drum and bugle corp. Gloria had a beautiful voice and was excellent at making bird calls by whistling. She played piano by “ear”, was self-taught on a beautiful accordion she received from her husband. He recognized her special gifts. Her children loved to polka to her lively accordion music. She loved playing games; especially canasta with her sisters and mom when they got together on special occasions. In later years, she really enjoyed playing dominoes with her children and grandchildren. Gloria’s family enjoyed many wonderful meals that she made. She was an excellent cook and baker. Her family and guests looked forward to her baked beans, roasts, mashed potatoes and gravy. No one could make scrambled eggs like she did. She spent a lot of time making them. There was so much love tucked in every bite.

Gloria will be remembered for her lead foot trying to make up time when arriving late to her work or just about any destination. She was chronically late. We thought it might be appropriate to have her arrive late for her own funeral.

Gloria had a special friend over many years, “Lucky” her cat. Lucky just showed up at her doorstep one day many years ago. She referred to Lucky as an “Angel” sent from God to keep her company. Although Mom made an attempt to find her owners, Lucky found a home with Mom. Lucky was with her through all her years at Edgewood. Lucky was truly an Angel. We are so thankful for mom’s special friend.

A graveside service for the immediate family was held at 10 AM Saturday, November 21, 2020, at the Kinkead Cemetery in Alexandria. The Reverend Hans Dahl  officiated. A Celebration of her Life will be held at 11 AM Saturday, August 14, 2021 at Calvary Lutheran Church in Alexandria. Rev. Dahl wiil officiate. Arrangements are with the Anderson Funeral Home and Crematory.

The family would like to acknowledge Edgewood Vista Assisted Living staff for all the years of excellent care they gave our mother. Also thank you to The Knute Nelson Hospice Staff for their care and understanding during the last couple of months. We are deeply indebted to both.

A memorial will be established at the time of her “Celebration” Service.

To order memorial trees or send flowers to the family in memory of Gloria Anderson, please visit our flower store.
Open