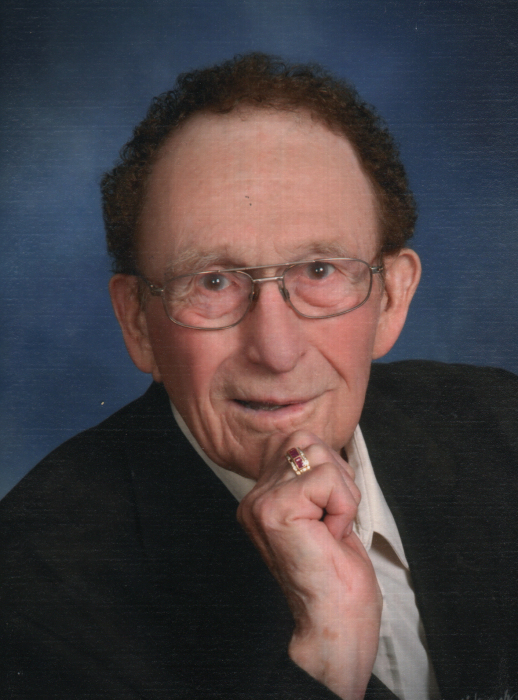 Glenn Charles Sorenson was born on May 8, 1924, in Alexandria, Minnesota to Albert and Rose (Funfar) Sorenson.  The family lived on a farm near Smith Lake in rural Nelson.  Glenn graduated from Alexandria High School and farmed with his brother, Herman.  In 1960, he and his friend, Bud Dahlberg went to Hawaii to work construction on an oil refinery for a couple years.  They returned to Nelson where he continued farming full-time until 1968 when Glenn went to work at 3M working in quality control.  While working at 3M and a variety of social functions, Glenn met Rose Marie Anderson.

Glenn was united in marriage to Rose Marie (Mollman) Anderson on December 12, 1969, at Calvary Lutheran Church in Alexandria.  Glenn, Rose Marie and her children moved to the farm on  Gene’s Barns Road.

Glenn and the family were active in 4H, Boy Scouts and taking care of the small hobby farm; raising hogs, chickens, and horses along with gardening and growing some crops. He retired from 3M in 1988.  Glenn had a love of aviation, and he and his brother, Herman had a Piper PA 12 that they enjoyed putting skies on and flying up to Canada.  One of Glenn’s proudest moments and accomplishments was helping get Freddie Lund inducted into the MN Aviation Hall of Fame.  Glenn was a member of the Nelson’s Men’s Club and Masonic Lodge.  He also enjoyed deer hunting,  spear fishing and going out for dinner.

Glenn died on Saturday, August 15, 2020, at Knute Nelson in Alexandria at the age of 96.  He is survived by his niece, Rachel (Terry) Narveson of Alexandria; children, June Miller of Stillwater, Debbie (Jim Dresch) Anderson of Alexandria, and David (Jan Torgerson) Anderson of Oakdale; grandchildren, Tony Donatelle, Craig Torgerson and Krista Spreiter; and numerous nieces and nephews.  Glenn is preceded in death by his parents, Albert and Rose; wife, Rose Marie; sister, Cleo Sorenson; brother, Herman Sorenson; and sister-in-law, Shirley Sorenson.

In lieu of flowers memorials are preferred to American Kidney Fund or the American Heart Association.

To order memorial trees or send flowers to the family in memory of Glenn Sorenson, please visit our flower store.
Open