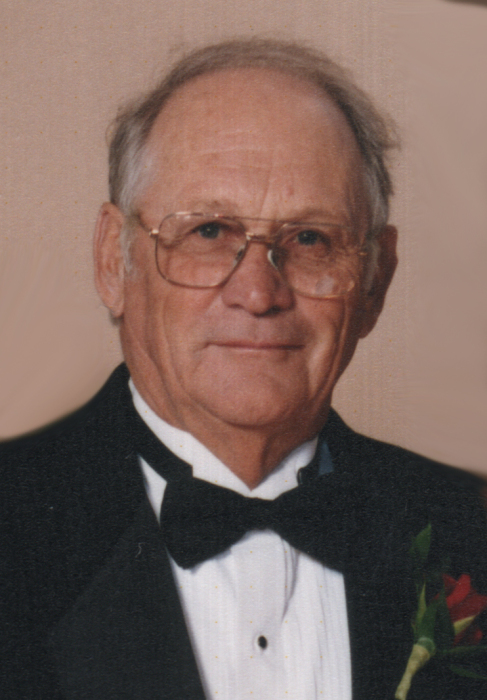 In 1945, George enlisted in the Navy and served for 18 months on the USS Meredith.  On June 29, 1948, George and LaVerne Pladson were married at First Lutheran and have been members since.  George and LaVerne had three children, Sharon, Steven, and Cathy.

In the early 1950's, George, together with his brother, Donald, started and owned Dyrstad Bros. Trucking.  After trucking, George became the manager of Lake Region Midland Co-Op for 25 years.  Upon his retirement from Midland, George drove school bus part-time for the Alexandria public schools. He could winter in Texas and immediately drive school bus when he returned.

George was a lifetime fisherman. He planned and arranged many fishing trips to Lake of the Woods with business friends and family. He loved golf. He became an avid golfer at the Alexandria Golf Club and loved competing in the annual Green Jacket tournament. Some may have said George was a ‘sand bagger’, but they all knew he competed with all he had. He was very proud of winning that Green Jacket with his partner, Wayne Elton. George also enjoyed gardening and growing tomatoes.  George was active in the Alexandria community. His grandchildren said, “everybody knows Grandpa”.  George actively participated in numerous community organizations, including the Douglas County Fair Board, the Alexandria Chamber of Commerce, Kiwanis, and the Alex Golf Club.  After serving on the Fair Board for 49 years, George was recognized as the State of Minnesota Fair Board Member of the year in 2014.

He and LaVerne wintered in Mission, Texas for 20+ years. That provided George another opportunity to make new friends. He played golf and loved fishing for red snapper in the Gulf of Mexico. He caught the largest fish in his life in the Gulf. He was very proud of that big amberjack.

George also loved playing cards. He had a ‘knack’ for playing poker. Nobody ever knew what George actually had in his hand. Just play! He was almost always the winner. Know when to fold ‘em, know when the hold ‘em. Gramps knew!

George loved life, his family, and people.  Gramps made friends wherever he went. He enjoyed life to the fullest. He believed the life he was given was truly a gift from God.

When asked what one thing people don’t know about him, George said “That I can’t sing.” Gramps – We all knew that!!

He was preceded in death by his parents and a great-grandson, Brandon Childers.

A special thank you to all the nurses at Bethany on the Lake and hospice who cared for George with such kindness and respect during these past four months.

Memorials may be directed to the family or First Lutheran Church, Alexandria, Minnesota.

“When someone you love becomes a memory, the memory becomes a treasure”.

A Memorial Service will be held 2:00 PM on Wednesday, July 1, 2020, at the Anderson Funeral Home in Alexandria with Reverend Greg Billberg officiating.   The service will be open to the public and additionally will be live streamed from his obituary page. www.andersonfuneral.net/obituary/George-Dyrstad  George’s funeral will also be broadcast from 107.3 FM in the funeral home parking lot. Visitation will be held for one hour prior to the service on Wednesday.  Military Honors were provided by the Alexandria Veterans Memorial Unit and the U.S. Navy Honor Guard.  Inurnment was in Kinkead Cemetery in Alexandria.

To order memorial trees or send flowers to the family in memory of George Dyrstad, please visit our flower store.
Open