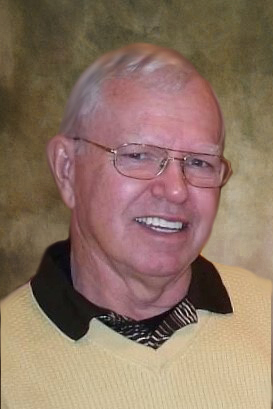 George Gary Rehovsky was born on February 27, 1941, in Oakes, North Dakota.  He graduated from Oakes High School.  Gary enlisted in the North Dakota National Guard and was stationed at Fort Leonard Wood, MO.

Gary was united in marriage to Rosemary McCann on September 1, 1962, at St. Raphael Catholic Church in Verona, North Dakota.  To this union the couple was blessed with three boys, Jeff, Dan and Bob.  Gary drove truck for a short time with Huebner Trucking.  He then worked with the North Dakota Poultry Improvement Board, which lead him into working for the USDA as a Federal Meat Inspector.  Gary worked mostly in Minnesota but moved 14 times in 10 years. He settled in Alexandria in 1973 to raise his family.  Gary and Rosemary also owned and operated Kleen Steam Carpet Cleaning Service for 10 years, with their sons helping until 1983.  He fully retired in 1995, after working for the USDA for 28 years.  The couple then started RVing across the United States and settled in Casa Grande to winter there, returning in the summer and staying in their RV in Alexandria.

Gary was a lifetime member of the Elks Lodge and was very active at St. Mary’s Catholic Church.  He enjoyed playing card games, golfing, woodworking, and being a handyman.  He was a caring and gentle man, very outgoing, and the life of the party.  Most of all Gary loved his family and being with them.  He was always putting others first.

A Mass of Christian Burial will be held 10:30 AM on Friday, December 14, 2018, at St. Mary’s Catholic Church in Alexandria with Father Steve Binsfeld officiating.  Visitation will be held from 4-7 PM with parish prayers at 4 PM on Thursday, December 13, 2018, at the Anderson Funeral Home and for one hour prior to the service on Friday. Entombment will held at St. Mary’s Catholic Cemetery.  Military Honors are provided by the American Legion Post 87, Veteran Foreign Wars Post 936, Vietnam Veterans of America Chapter 235, Marine Corps League Detachment 1409 and the Minnesota National Honor Guard.

To order memorial trees or send flowers to the family in memory of Gary Rehovsky, please visit our flower store.
Open