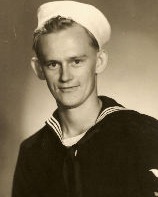 “This is something!” expressed a wide-eyed Franklin W. Swenson age 99 of Alexandria who took the hand of his Lord and Savior as he passed peacefully from his earthly home and stepped into his eternal home in Heaven on Sunday, January 22, 2023.

A graveside service and burial will take place on Friday, June 30, 2023, at 11:30 AM at Sunset Memorial Park in Kinkead Cemetery with Pastor Hans Dahl officiating.

In lieu of flowers contributions can be made to the Alexandria Veteran’s Memorial Park.

Franklin W. Swenson was born in Evansville, MN on December 28, 1923.  He was the son of Oscar L. and Ellen A. (Peterson) Swenson.  Franklin was baptized and later confirmed from the Immanuel Lutheran Church in Evansville on July 3, 1938, by Pastor S. L. Swenson.  He began his education at District 52 (a country school) and went on to attend Evansville High School where he graduated with the class of 1941.

Franklin moved to Alexandria with his parents and he and his father joined the District Gang with the Great Northern Railroad where he was employed up to the time, he enlisted in the United States Navy.  Franklin received Basic Training at Camp Scott in Farragut, ID and later attended Radio School at Yerba Buena Island, near San Francisco.  After completion, he was assigned to the 7th Fleet serving aboard several ships throughout the Asiatic-Pacific Conflict during World War II as a Radio Operator.  He was Honorably Discharged on January 9, 1946.

He spent the next three years near Chicago on a mink and fox farm training for management.  He returned to Alexandria and became associated with William’s Pipeline (formerly, Great Lakes Pipe Line) and spent his entire career there working in several job capacities.  He retired in July 1985 after serving 35 years.

Franklin was united in marriage to Mary Anna Louise Splittgerber on July 15, 1952, in Northwood IA.  They made their home and raised their family in Alexandria and spent their entire life there together.  Franklin had a firm faith in God, loved and honored his wife, cherished his children, and adored his grand- and great-grandchildren.  His responsibilities to guard and guide – protect and provide were not taken lightly.  He was hard-working, dependable, and fun-loving.  He loved life and everything about it!

He enjoyed the outdoors and spent much time gardening, doing yard work, and planting flowers.  He also enjoyed repairing things.  He loved fishing, playing horse-shoes, and also brisk walks in the early morning.

Franklin was a Life Member of the VFW, a member of the American Legion, a founding contributor of the Alexandria Senior Center, and a long-time member of Calvary Lutheran Church.

To order memorial trees or send flowers to the family in memory of Frank W. Swenson, please visit our flower store.