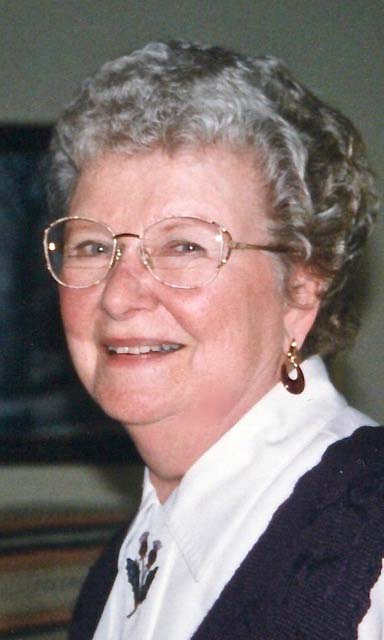 Florence was born on July 3, 1930, the last of 10 children born to Norwegian immigrants Thorvald and Sena Hanson of Pennington, Minnesota. She grew up on her parent's homestead, attended nearby Kitchi grade school for seven years and eighth grade in Fort Wayne, Indiana, to where her parents had moved to work in war factories during World War II. She later attended Bagley High School for one year and graduated from Cass Lake High School in 1948.

On December 27, 1952, Florence married Myron L (Bud) Greenquist, an Army man formerly from Evansville and a Korean War veteran. She had been introduced to him via the postal service by the wife of Bud's brother. Florence soon discovered that she liked her role as an "Army wife". Together they spent the next 22 years at a variety of locations, including California (where Florence worked for the Bank of America), Ethiopia, Maryland, Okinawa and Virginia (where Florence worked at the First Virginia Bank).

Florence and the children spent 1965-66 alone in Breckenridge, Minnesota, while Bud went to Vietnam. She also remained at their residence in Falls Church, Virginia, while Bud returned for a second tour in Vietnam in 1972- 73.

In 1974, Bud retired as a Lieutenant Colonel. They remained in Falls Church, Virginia, until their four children finished college and were on their own. In 1985, Florence and Bud moved back to their native state of Minnesota and settled in a lakeshore home on 14 acres north of Brandon.

After Bud passed away in 2009, Florence remained in Alexandria until the summer of 2015 when she moved to Half Moon Bay, California to live with her daughter, Lisa and family. Florence was diagnosed with Alzheimer's Disease in early 2016 and soon thereafter, moved into an assisted living facility in nearby San Mateo.

Florence was a dedicated wife and mother and adored her church and community wherever she was. She loved people and doing things with and for people, either alone or as a member of a group or organization. She was a member of, and held offices in, the Brandon Lioness Club, the Brandon Legion Auxiliary and Grace Lutheran Church in Brandon. After her third cancer surgery she joined a cancer support group. She also supervised the Douglas County Fair office for 14 years during annual county fairs. She enjoyed needlepoint, crocheting, reading and painting ceramics.

She is preceded in death by her husband, Myron;  parents, Thorvald and Sena Hanson; brothers Hector, Roy, Leonard, Norman and Orville; and sisters Carmilla, Lila (Conklin), Ruth and Dolores Johnson).

Funeral services will be held at Grace Lutheran Church in Brandon on Saturday, July 9, 2022 at 10:30 AM. Visitation will be one hour prior at the church. Interment will be at Mound Grove Cemetery in Evansville immediately following the funeral service.

To order memorial trees or send flowers to the family in memory of Florence Greenquist, please visit our flower store.
Open