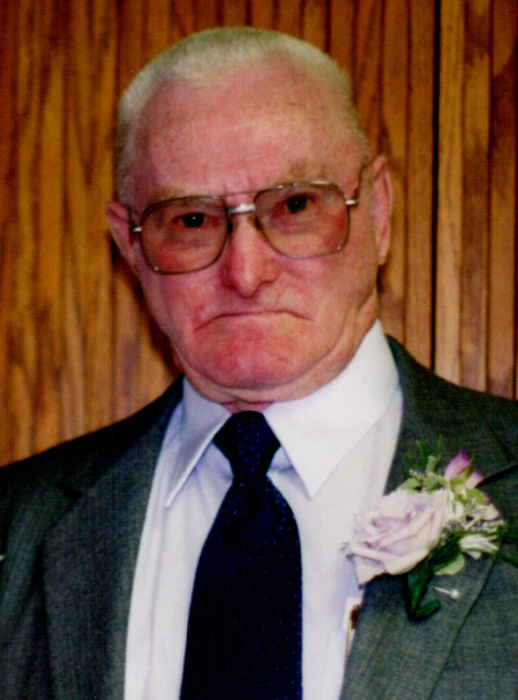 Eugene Martin Holmquist Sr., the son of Arvid and Elvira (Pearson) Holmquist was born on January 31, 1931, in Clarissa, MN.  He attended country school and then helped his family on their farm near Clarissa.  Eugene met the love of his life, Elaine Bruder and together they were united in marriage on July 1, 1961, at St. Mary’s Catholic Church in Long Prairie.  Four children were born to this union, Martin, Michael, Eugene Jr., and Debra.

Eugene and his family lived in various communities throughout central Minnesota.  Eugene worked for numerous farmers as a farm hand until he moved to Osakis in 1975.  He then began working as a tire repairman at Deluxe Oil until he retired.

Fishing, hunting, playing whist, tinkering with things in his garage and snowmobiling were just a few of the hobbies Eugene enjoyed.  His favorite past-time was gardening.  Eugene cared for huge gardens, where he grew various vegetables.  He proudly shared his bounty with his family and friends.  Eugene was a hard worker and a very active man.  He loved spending time with his grandchildren and had the ability to talk with just about anyone.  He will be dearly missed by those who knew and loved him.

Eugene was preceded in death by his parents, and brothers Dale Holmquist and Marvin Holmquist.

A Memorial Service will be held on Friday, September 25, 2020, at 10:30 AM at the Anderson Funeral Home Chapel in Alexandria.  Interment will be in Evergreen Cemetery in Alexandria.

To order memorial trees or send flowers to the family in memory of Eugene Holmquist Sr., please visit our flower store.
Open