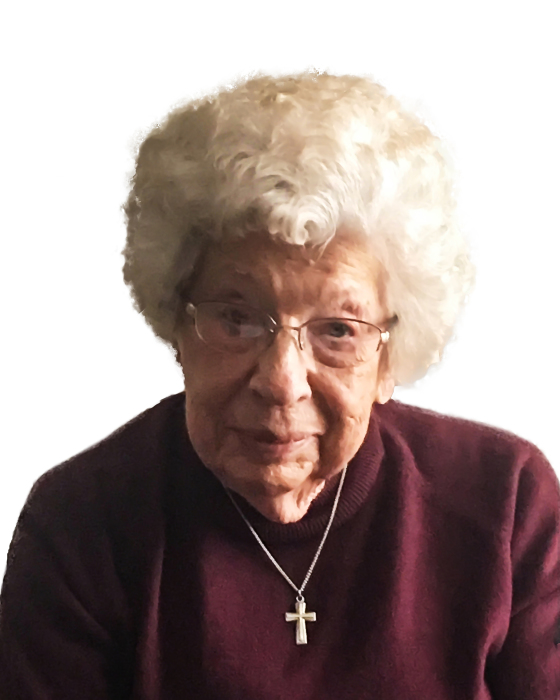 Edwina Magdalena was born on January 9, 1921 to Albert and Margaret Zimmel of Belle River, Minnesota.  Upon completion of 8TH grade, she continued her education attending night school for bookkeeping while being employed at 1st National Bank in Minneapolis, and later did bookkeeping for her husband’s businesses.

Edwina met her husband, Norbert, at a barn dance put on by a family for whom her mother did sewing.

Edwina had a love for music and could play the piano, accordion, guitar, violin, and harmonica.  She and Norbert played in a band; Edwina also played in the background for Archie Viering on KXRA.   Besides her musical talent, she and Norbert, loved to dance—square dancing, to ballroom dancing, to swing dancing—and became well-known in the community for their own choreographs to the music, and would often times put on a spectacular show, and even danced on the Lawrence Welk Show.

Edwina had a love for clothes that started as a young girl, as her mother was a seamstress.  She loved to go to Dayton’s, downtown Minneapolis to shop for her many coordinated outfits, as well as more frequently visiting the St. Cloud department stores, and the Alexandria stores, where she became a valued customer in many of them.

Edwina taught her seven children to persevere, and take everything in moderation.  Her greatest accomplishment was raising her children.  She was a great cook, and prepared many family dinners.

She is preceded in death by husband, Norbert;  brother, William; parents; a daughter-in-law, and a grandson.

Although she wanted to live to be over a hundred, and in fact, 105, she went to heaven to join her husband who misses her, and wants to dance again, where he and the Lord built her a new home, and the angels have their harps fine-tuned and are ready to watch them dance together again.

Edwina has been greatly loved by all her family, and will be missed by all.

To order memorial trees or send flowers to the family in memory of Edwina Schmidt, please visit our flower store.
Open