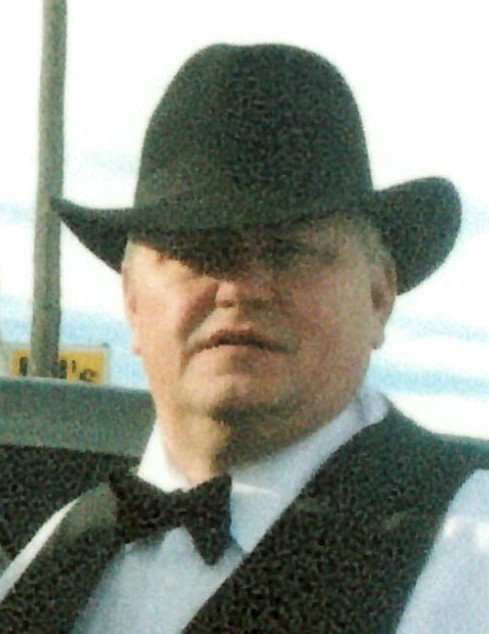 Edward “fast Eddy” George Niblett was born on May 11, 1964 in Alexandria to George and Ellen (Hoaglund) Niblett. He was raised around the racetrack with his three brothers, Greg, Ted “Teddy” and Brian. Eddy held his first job at the age of 13, cleaning at the Coffee Pot restaurant; he also farmed with Roger Mart throughout his high school years. At 15 he started working for Matt Zwilling at the Carlos Locker doing cleanup, before graduating from Alexandria High School in 1982. After graduation, Matt offered to send Eddy back to school, or learn all that he could about the meat industry. Eddy chose the latter and became a sausage apprentice at the age of 18. In 1993, he started working at Klinder Processing with Darrell, Marilene, and Scott. On September 22, 1990, Eddy married the woman that would become his right-hand lady in the meat business, Jodi Mortenson, at Trinity Lutheran Church in Carlos. In 1994, he lifted a baby girl and future hunting partner, Olivia, into his arms and said, “Hello Miss O!” and in 1999 Eddy was gifted with a lifetime fishing, hunting, and racing buddy, his son, Stanley.

In July of 2002, Ed and Jodi took over ownership of Klinder Processing and the team became Scott, Gerri, Ed, and Jodi. In 2003, Eddy took a class on sausage-making but proved to have more experience than many of the men there that were 15 years his senior. The Master of Meats could only be taught one sausage recipe and how to net hams. In his spare time, Eddy loved woodworking and crafting things for his beloved Jodi, and he could almost always be found at the racetrack or working on race cars.

For all his working in the meat industry, Eddy was a firefighter first and foremost and a business owner on the side, having been a member of the Carlos Fire Department for the past 30 years. His love for doing good and supporting his community were passed down to his children, Olivia and Stanley, who carry on their dad’s firefighting legacy to this day. Eddy was a jovial man that adored his community, would do anything to help someone succeed, and was overall just a good soul.

On Monday, April 20th, 2020, the man with a heart of gold passed away, at the too-young age of 55, despite the valiant efforts of his coworkers, family, Carlos First Responders, and North Memorial Ambulance team. He is preceded in death by his dad, George “Shorty” Niblett and brother, Brian Niblett.

A private memorial service will be held on Saturday, April 25th at 2 PM at the Anderson Funeral Home and will be livestreamed on the funeral home website beginning at 2 PM. We also encourage you to view the video tribute and recording of the service that will be available.

To protect the health and safety of all, services are currently being limited as required by state and local authorities and the CDC. Expressions of sympathy during this time can be left on the condolences page available with the obituary on our website. We also encourage you to view the video tribute and/or webcast of the service that will be available. Check the funeral home website for the latest COVID-19 update.

To order memorial trees or send flowers to the family in memory of Edward Niblett, please visit our flower store.
Open