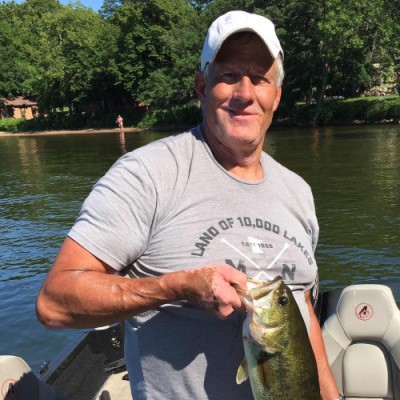 Earle Moede Brown was born December 15, 1959, at Abbott Northwestern Hospital in Minneapolis to his parents, Joan (Moede) and Charles C. Brown. He graduated from Edina East High School, Class of 1978. He attended the University of Minnesota Technical College, Crookston, where he thrived and met a group of friends that became like brothers to him. Additionally, he was voted the very first Homecoming King and graduated with an A.A. in Hotel & Restaurant Management. The next school year, he enrolled at the University of North Dakota and graduated with a B.S. in Marketing Education, becoming a third generation  educator.

Throughout his career, he coached numerous students who competed and won in DECA competitions at the district, state, and national levels. However, he was just as proud of his students who struggled in school, but graduated and went on to open their own business or excel in their chosen profession.

While teaching at Duluth Denfeld High School, he met a student teacher, Sue Walters, in the faculty lounge during lunch that he would marry on October 22, 1988. They would raise three children, tackle life together by never giving up when things were difficult and celebrated 32 years of committed love and marriage.

When moving to Alexandria, he spent every summer morning on the surface of Lake Carlos being pulled by a red and white Mastercraft Ski boat with a reluctant, but loyal driver. Afterwards, he would trade the skis for a chance to teach his kids how to slalom and kneeboard before switching to a fishing rod and search for walleyes with his boys while trolling “Northern Alley” or still fishing in front of the house.

Upon retirement, he soon found a passion at Knute Nelson Care Center volunteering in the exercise program one day a week. He enjoyed visiting his new friends and coming up with creative ways to brighten their days. Without hesitation, he sat with those at the end of their lives without family to do so.

A hobby that Sue and he took up the last few summers was visiting every state park in Minnesota, either in their travel trailer or by tenting. He didn’t particularly enjoy it himself, but selflessly did it because he knew that Sue enjoyed it. Unfortunately, there are four left that they won’t be able to complete together.

Becoming a grandpa was the highlight of Earle’s life. He loved watching and playing with his two grandsons. He was so proud of them and was sad to know that he wouldn’t be there to watch them grow up.

Earle died on Wednesday, March 10, 2021, at his daughter’s home in Alexandria at the age of 61. Earle is predeceased by his parents. He is survived by his wife, Sue; son, Kevin and his wife, Kelsey and their children, Legend and Zane of Alexandria; daughter, Katelyn and her husband, Jason Childers of Alexandria; son, Joey of Alexandria; one sister, Toby Ellen Finley of Minneapolis; mother and father-in-law, Mary and Rodney Walters of Rockford; and godson, Nicholas Walters of Minnetonka.

Special thanks to Dr. Gupta at the Roger Maris Cancer Center, Douglas County Hospice, and the Hero Nurses that cared for Earle in Fargo and Alexandria. Your kindness will never be forgotten.

A Mass of Christian Burial will be held 11:30 AM on Friday, March 19, 2021, at St. Mary’s Catholic Church in Alexandria.  Visitation will be held from 4-8 PM with parish prayers and a time of remembrance at 7:30 PM on Thursday, March 18, 2021, at the Anderson Funeral Home.  A live stream and recording of the service will be available 11:30 AM on Friday, March 19, 2021, on the funeral home website.  To protect the safety of all, masks and social distancing will be required.

To order memorial trees or send flowers to the family in memory of Earle Brown, please visit our flower store.
Open