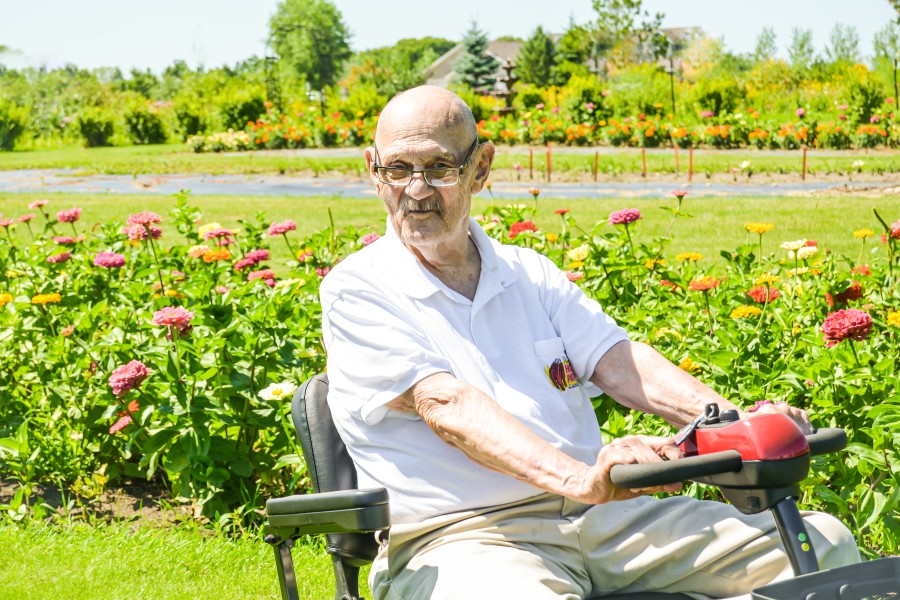 Douglas LeRoy Jacobson, the son of Daniel and Ida (Fischer) Jacobson, was born on October 3, 1933 in Alexandria, Minnesota.  Doug graduated from Central High School in the class of 1952.  He attended St. Cloud University for one year before enlisting into the United States Army.  Doug was stationed in Japan during the Korean War.  After two years serving our country, Doug returned to Minnesota and continued his education at St. Cloud University.  After college, Doug returned to Alexandria and applied for and obtained his insurance and real estate license.

Doug met the love of life, Shirley Abraham.  They were united in marriage on August 21, 1959 in Thief Rivers Falls, MN.  Three sons were born to this union, Steve, Tony and Tom. In 1970, Doug and his family decided to move to Palmer, Alaska where he worked as a loan administrator for the State of Alaska for about 10 years.  Doug and Shirley decided to start a new adventure and in 1980 they built their first greenhouse in Wasilla, Alaska.  Through the years Doug continued to grow their business to be bigger and better with about 30 greenhouses, which his family continues to own and operate.  Doug and Shirley retired and moved to Alexandria in 2009, where they enjoyed the beautiful lakes and loved spending time with family and friends.

A memorial service will be held on Monday, December 30, 2019 at 2 PM at the Governor’s Room at Nelson Gables, 1220 Nokomis Street, Alexandria, MN.  Interment will be later at St. Luke’s Cemetery near Garfield, MN.

In Lieu of flowers memorials are preferred.

To order memorial trees or send flowers to the family in memory of Douglas Jacobson, please visit our flower store.
Open