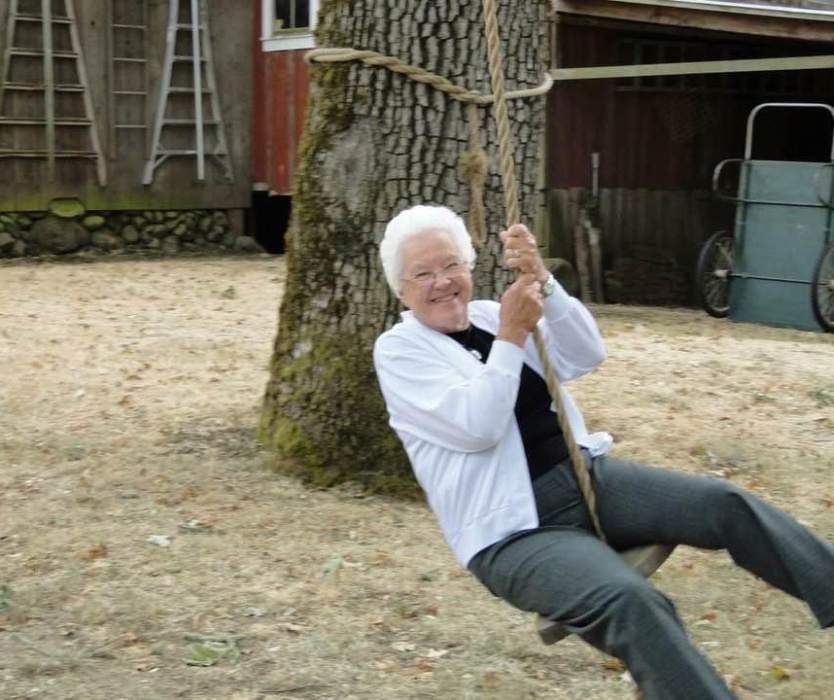 Donna Marion Karlsgodt was born on June 4, 1929, in Austin, Minnesota the daughter of Harold and Lillian (Baker) Pike.  At the age of 7 she moved to Park Rapids with her twin sister, Delma to live with her Aunt Martha and Uncle John Hemphill after her mothers death.  She graduated from Park Rapids High School and attended the University of Minnesota. She received her RN Degree from St. Barnabus Hospital School of Nursing – graduating top of her class.

On September 1, 1951 Donna was united in marriage to Eindride Karlsgodt at First Baptist Church in Park Rapids.  After their marriage the couple lived in Bemidji for three years while Eindride finished his education.  The couple than moved to Alexandria where they raised their beautiful family.

Donna spent most of her career as a surgical nurse.  She was an excellent seamstress and taught classes on how to make men’s leisure suits.  Donna was very involved in Grace Church.

She was preceded in death by her husband, Eindride; parents, siblings: Donald, Ethel, Lois.

Memorial service will be held on Friday, July 2, 2021, 11:00 a.m. at Grace Church in Alexandria.  Burial will be at Fort Snelling National Cemetery.

To order memorial trees or send flowers to the family in memory of Donna Karlsgodt, please visit our flower store.