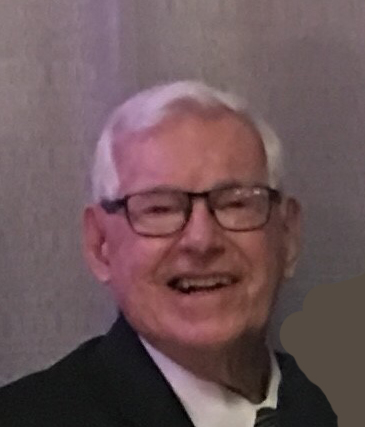 Donald Dean Erstad of Alexandria, MN passed away on February 10, 2022 while in his home on beautiful Lake Ida. He leaves behind his wife, L. Yvonne (Remme) Erstad, his three children, Denise Falls, David Erstad, and Diane Achterkirch.

Don was born on December 11, 1928 in Garretson, SD to Elmer and Alma (Steen) Erstad, who predeceased him. He grew up with his mother and sister, Carol Amdahl, as his father was killed in an automobile accident when he was 10 years old.

Don graduated from Jasper, MN High School in 1946 and enlisted in the Army at age 17, with his mother’s signature. He served in the Army of Occupation in Japan and was honorably discharged.

He applied the G.I. Bill to attend South Dakota State University for one year. He then attended the Minnesota School of Business in Minneapolis where he graduated in May 1951.

Don took a position with International Milling selling Robin Hood Flour. He transferred his family to Davenport where he literally became the face of Robin Hood Flour, donning green tights, bow and arrow, and a pointed hat with a red plume, for public appearances.

Don was a driven professional with an unmatched work ethic. He took a new position with International Playtex in 1966 and was an unprecedented National Sales Rep of the Year, three times. Playtex honored Don’s retirement in 1993 after 27 years of dedicated service with an induction into the Playtex Hall of Fame.

Don and Yvonne retired in 1994 to their lake home in Alexandria. He volunteered numerous hours to help protect and preserve the beauty of Lake Ida and attended community meetings for Ida Township.

In October of this last year, Don and Yvonne celebrated 70 years of marriage.

Don enjoyed hunting and fishing and celebrating “Fun in the Sun Days” at the lake.

Don was the ultimate sports fan. He could remember games, meets, stats and times for his children from 50 years ago! He was an unwavering Gopher enthusiast. But his greatest joy was watching and supporting his grandkids and their activities. There was no one more proud than Grandpa Don.

He is preceded in death by his parents and his sister.

A memorial service will be held on Saturday, February 19 at Calvary Lutheran Church in Alexandria, MN with a visitation at 11 a.m. with a ceremony at 12 noon. He will be honored with a military salute after the service. Luncheon at the church to follow; all are welcome.

The family would especially like to thank the staff of Knute Nelson Hospice for their attentive support and care.

To order memorial trees or send flowers to the family in memory of Donald Erstad, please visit our flower store.