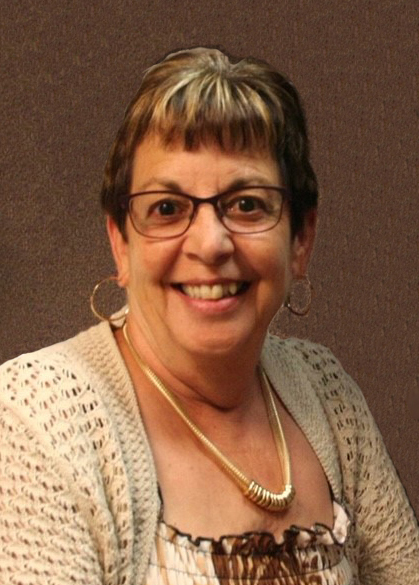 Diane Louise Hjelle, the daughter of Kenneth and Dorothy (Vadnais) Commerford, was born on November 22, 1956, in Willmar, MN.  She graduated from Willmar High School in 1975, and then attended Willmar Technical School for one year.  At a roller rink in Willmar in 1974, Diane met the love of her life, Lowell Hjelle.  They dated for a few years before uniting in marriage on December 4, 1976, at St. Mary’s Catholic Church in Willmar, MN.  Together they lived in New London before moving to Alexandria in 1977.  They bought a home on Pocket Lake where they raised their sons, Nathan and Ryan.  Diane worked as the office manager for John and Margaret Schroeder at Prudential Life Insurance office in Alexandria for 25 years.  Diane then worked with Henry’s Foods in the ad room for the next 10 years until she retired due to her fight with Metastatic Breast Cancer.

Diane loved watching her boys play sports and enjoyed keeping record of their stats.  When her grandchildren were old enough to play sports, she eagerly requested their game schedules so she could watch them play.  Diane loved to watch the Vikings and organize football boards every year for some friendly competition with family and friends.  To say Diane was organized, would be an understatement, she was a professional planner and organizer.  She had lists, plans, ideas, and details for any occasion.  She enjoyed family gatherings and thrived on making each event memorable by the food she prepared and displayed, the games she organized, and added the little details that made that day special.  Some of the memories that will always be cherished are Diane’s famous pickles (not to be eaten until Thanksgiving), her vegetable gardens, canning, and pontoon rides on Pocket Lake.  She will also be remembered for her selfless personality. Diane was a caregiver to her mother and sister Patty for many years.  Even during her battle with cancer, Diane thought of others first.  She will be dearly missed by all who knew and loved her.

She was preceded in death by her parents, sister Patty Commerford and her sister-in-law, Laura Commerford.

A Mass of Christian Burial will be held on Monday October 4, 2021, at 11 AM at St. Mary’s Catholic Church in Alexandria, MN with Father Matthew Kuhn officiating.

A visitation will take place on Sunday, October 3, 2021, from 4-7 PM at the Anderson Funeral Home and also one hour prior to the mass on Monday at the church.

Interment will be in Van Loon Cemetery near Holmes City, MN

To order memorial trees or send flowers to the family in memory of Diane Hjelle, please visit our flower store.