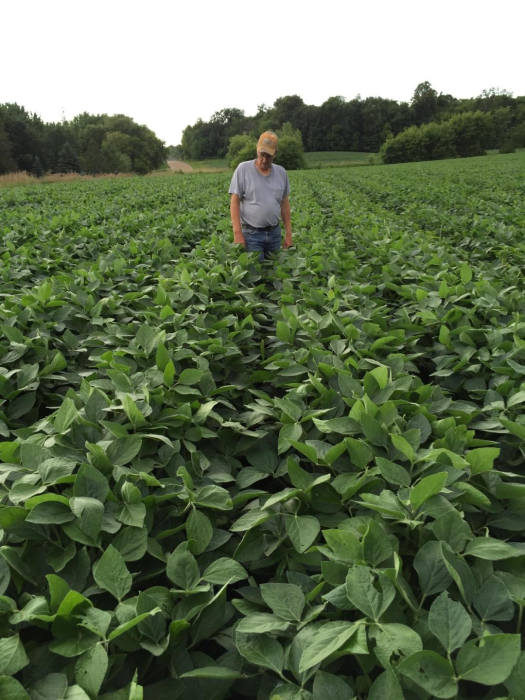 Dennis Paul Craig, 64 of Holmes City passed away on Wednesday, July 31 at his home on the family farm where Dennis; grew up, following a nine year courageous battle with cancer.

Dennis was born on December 28, 1954 at Our Lady of Mercy Hospital in Alexandria, Mn to Leonard and Lucille Craig.   He was baptized and confirmed at St. Mary’s Catholic Church, Alexandria.  Dennis attended grade school at Holmes City school district #206, junior high at Central Junior High School and graduated from Jefferson Senior High School, Alexandria in 1972.

Dennis devoted his life to farming, taking great pride in his farm and farming operation, never wanting to be far from the farm, except to enjoy an occasional road trip with Gail to a country music concert or to a farm auction, and his Dad always loved to go along.   Dennis loved all animals, raising hogs and cattle on his farm.    He had a special little furry friend, Charlie, who was by his side to the end.  Most of all, he loved his boys and was so proud of them and their accomplishments. In the last couple years, Dennis loved to watch his boys run the farm smoothly as he did and his last wish was to keep this legacy alive.   His little grandchildren were PaPa’s pride and joy.  He enjoyed classic cars, having owned a 1972 Red GTO, snowmobiling, especially radar runs, basketball, football and reading all farm publications.

He was a lifelong member of St. Mary’s Catholic church in Alexandria and his faith was very important to him.   He was preceded in death by his parents, Leonard and Lucille Craig, father in law, Robert Ysker, brother in laws, Dennis Lillis, Gary Ysker, John Ysker and Mike Earhart.   He is survived by his loving wife Gail of 31 years, his sons, Kasey (Jennifer) Craig and their children, Shelby, Karsen and Bailey, of Holmes City, Trevor Craig (Josapha Haider) of Brandon, Landon Craig of Holmes City & (Kaylee Gerards) of  Freeport, mother in law, Evelyn Ysker of Windom, brother, Marvin (Susan) Craig of Holmes City, sister, Maxine (Steve) Sonstebo of Fergus Falls, sister Joyce (Harlan) Janssen of Holmes City, brother Ronald Craig of Holmes City and friend (Carol Vanderweyst)  of Cyrus, brother Wayne (Marilyn) Craig of Alexandria and numerous nieces, nephews and many good friends

To order memorial trees or send flowers to the family in memory of Dennis Craig, please visit our flower store.
Open