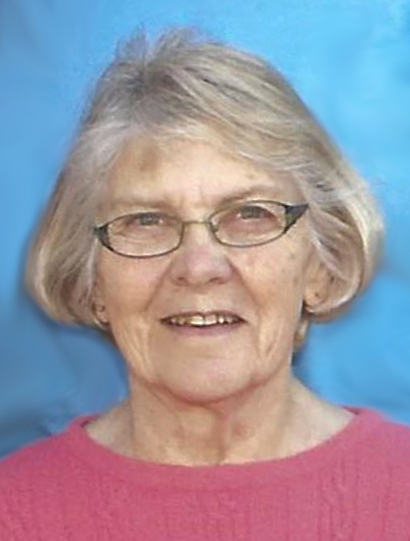 Deanne Rae Olson was born July 8, 1938, in Williston, ND to Harris and Julia (Moe) Olson. As a child, the family moved to Wildrose, ND, where she graduated from High School.  Deanne went on to attend Concordia College in Moorhead, MN, graduating with a Bachelor of Arts in Physical Education and a Biology minor. She continued her education at Colorado State in Boulder, CO, earning a Master degree in Physical Education.

She loved Colorado and the time she spent out west – exploring new places, skiing in the mountains, and traveling with her friends. Her close friends at Concordia and Boulder called her “Annie”.  She began teaching in Oregon and then took a position at Mayville State College in Mayville, ND. Her career continued at Concordia College in Moorhead. While at Concordia, she reunited with her friend Janet Frarck, who introduced Deanne to Bob.

On May 20, 1967, Deanne and Bob were united in marriage at Grace Lutheran Church in Wildrose, ND. Deanne had told Bob that she always knew she’d marry a farmer. They made Bob’s childhood farm in Barrett, MN, their home. Deanne taught at the University of Minnesota Morris, until their first daughter, Lisa, was born. Two more girls followed: Julie and Jessie. Deanne was an attentive and loving wife and mother.

With their growing family, Deanne continued teaching as a substitute in public schools, Sunday school, grew a large vegetable garden, rhubarb, strawberry, and raspberry patches, and many flower beds. Deanne was skilled at preserves – nothing from the garden went to waste. She enjoyed foraging during the summer – asparagus in road ditches, chokecherries and apples on the farm, sometimes even plums and pears on old homesites (with permission of course!).

Deanne had a deep respect for her Norwegian heritage. Her ancestors traveled through Douglas County, MN, on their way to North Dakota. Part of the family stayed and are buried at West Moe Cemetery. Deanne could speak some Norwegian, learned during her childhood. She was well known for her Norwegian Kransekake (wedding cakes).

It was important to Deanne to mark each holiday on the calendar, not just the major holidays. She enjoyed noting the arrival of Spring by picking the early crocuses on the pasture hill, and making May Day baskets. Deanne was also a skilled craftswoman – she enjoyed oil painting, sewing, knitting, crocheting, quilting, applique, embroidery and hardanger.  Those were her staple crafts, but she loved trying new things too.

Deanne was active at Peace Lutheran Church in Barrett, the Barrett Parent Teachers Association, and Help Mate. She was a strong and persistent advocate of 4-H and made sure that her girls participated. In addition to supporting the girls with their 4-H projects and county fair entries, Deanne regularly entered her own handiwork, preserves, gardening, and baking in open class. In time, she became a judge for several of the county fair open classes.

When the girls were older, she became the director of Community Education in Herman, MN, which she held for 12 years. Even though she retired from teaching, she valued work and took a part-time position at STAR Bank.

With a dairy farm, there wasn’t much down time for leisure activities, but Deanne and Bob enjoyed an evening or Sunday country drive, often ending at the Hoffman Dew Drop Inn. They made time for card parties, fishing, water skiing with the girls, and trips to the State Fair. Deanne liked meteor showers and many family members remember being woken in the middle of the night to watch for shooting stars. Many Sundays were spent with family for roast dinner after church or a meal at Sax’s Café in Donnelly, which was guaranteed to turn into a whole afternoon event with Bob’s extended family.

Their home was always filled with music – Deanne would play the tenor sax or piano, Bob would play his guitar, and everyone sang.

She never forgot her North Dakota roots and visited friends, family, and acquaintances when she got a chance to go home. Deanne loved prairie wild roses and Western Meadowlarks.

After 30 years they retired from dairy farming allowing more time to travel. They enjoyed trips to Banff and Calgary, Florida, Iceland, Scotland, Ireland, England, the Normandy beaches in France, the Keukenhof gardens in the Netherlands, and the covered bridges in Iowa.

Deanne was a cheerful, organized, hardworking, and very giving person. She believed in anonymous giving. Her belief in God propelled her to contribute and serve others. Even in her last weeks, her desire to teach and participate continued.

On Thursday, February 13, 2020, Deanne passed away peacefully with those she loved by her side. She was a devoted wife, nurturing mother, loving grandmother, and a friend to all she met.

To order memorial trees or send flowers to the family in memory of Deanne Frarck, please visit our flower store.
Open