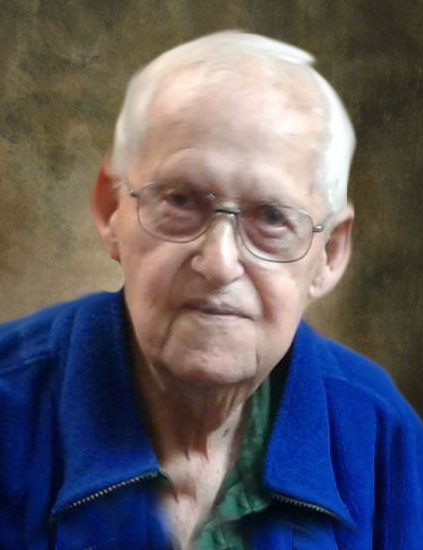 David was born on September 23, 1925 in Grand Forks, ND to Theodore and Ruth (Larson) Reinholt. At the age of 4, David’s family moved to Bellingham, Washington where he spent the rest of his childhood. David enlisted in the US Marine Corp in 1943 and was in the Battle of Iwo Jima as well as the Japanese occupation. Following discharge from the Marine Corp, David worked for the next 43 years for the Burlington Northern Railroad as a track foreman. On January 27th, 1949 David married the love of his life, Marjorie Elaine Smith. David and Marjorie enjoyed nearly 71 years of marriage until her death in September 2019. Together they raised one daughter, Nancy Lynn.

David was a family man, enjoying spending time with his daughter and grandchildren resulting in he and Marjorie moving to Brandon, Minnesota in 2007 to be closer to the family. Marjorie and David were nearly inseparable and enjoyed spending time gardening and landscaping. He enjoyed woodworking and spent many hours in his woodshop creating furniture, yard ornaments, cabinetry and grandfather clocks. Knowledge of history and current events was one of David’s passions, he enjoyed reading history books, watching documentaries and watching the news. He was always willing to share his knowledge and views on these subjects.

David was preceded in death by his wife Marjorie; parents, Theodore and Ruth, as well as his brother Ronald and sister Donna. He is survived by his daughter, Nancy (Wayne) Stephens; grandsons, Gregory (Heather) Lee, Christopher (Jana) Lee, and William Lee; great-granddaughter, Elena Lee; four siblings, Joan Torkelson, Lois Schapp, Sylvia (Bernie) Ryan, and Rose Reinholt. A memorial service with military honors will be held on Saturday, January 11, 2020 at the Anderson Funeral Home at 2 PM with visitation one hour prior to the service.

To order memorial trees or send flowers to the family in memory of David Reinholt, please visit our flower store.
Open